A Formula for Success at LeanData

Marketo recently requested submissions for its Revvie Awards to recognize marketers who are leveraging the platform to improve their businesses. We nominated Adam New-Waterson, our chief marketing officer, in the Executive of the Year category. And it was a great opportunity to review just how far LeanData has come as a company over the span of less than a year. Here’s what we wrote.

When Adam New-Waterson became the chief marketing officer at high-tech startup LeanData in 2015, he completely revamped the company’s use of Marketo to take full advantage of the marketing automation platform’s capabilities. The results were clear:

During his tenure, LeanData has increased Annual Recurring Revenue (ARR) by 4x and the company has become firmly established as a trusted leader in the emerging Account-Based Marketing sector. That success can be traced directly back to the greater reliance on Marketo, which has been a key factor in propelling the business to greater heights.

“Adam has brought an insatiable curiosity about how we can generate data and how we could drive better campaigns through Marketo,” said Evan Liang, the CEO and co-founder of LeanData. “He is never satisfied. Adam is the first person to admit that he doesn’t have all the answers. But he’s always learning and pushing the boundaries of what is possible. He has a can-do attitude, and that shows in how he uses Marketo.”

New-Waterson’s mastery of marketing automation – he is the first five-time Marketo champion – made him an appealing choice as LeanData’s CMO. And he recognized how Marketo could become the foundation to foster a more collaborative culture between sales and marketing by creating an effective inbound-outbound strategy centered around high-quality engagements.

When he arrived, New-Waterson immediately overhauled the entire Marketo instance.

“The bottom line is that now we’re really doing Account-Based Marketing,” said Debbie Margulies, LeanData’s director of marketing operations. “We thought we were doing ABM in the past, but it was nothing like this. Adam brought a depth and understanding of Marketo that has enabled us to push our marketing to the next level.”

The richer data that he was able to collect through improved reporting allowed New-Waterson to change the way marketing’s impact was measured internally. Instead of tracking MQLs, he focused instead on revenue generated.

But he got started with some creative thinking. As a young company, LeanData has a small marketing team. Yet New-Waterson’s first addition to his team was an unconventional choice – a journalist with no previous marketing experience. But New-Waterson believed strongly that content would be pivotal in both raising the company’s profile and getting the most out of Marketo.

“I didn’t have a ton of resources and budget to get my objectives completed,” New-Waterson said. “I had to think smart about how we could best allocate our limited resources to produce outsized results.”

Creating a bank of relevant, high-quality content allowed New-Waterson to switch from LeanData’s previous tactic of batch-and-blast emails to sophisticated lead nurturing programs directed at coveted target accounts. Each email now is segmented by stage and buyer persona to create broad-based targeted campaigns. New-Waterson also designed a system of refined programs that drill down into the way LeanData would engage with a single account, not just an individual: true account-based marketing.

In Marketo, he made common use of tokens to make programs easy to create and scale. The results speak for themselves. The amount of original content has exploded in the form of blog posts, eBooks, data sheets, webinars, surveys and so on. The rate of consumption of LeanData content has jumped 1,400 percent during New-Waterson’s seven months as CMO – compared to the first three years of the company’s existence. That has been bolstered by the sophisticated use of Marketo’s segmentation and Snippets. New-Waterson was able to create a dynamic content engine that helps prospects find the next relevant thing they needed to know in the education process.

In short, 75 percent of the cumulative engagements in LeanData’s entire history have occurred during New-Waterson’s tenure. Meanwhile, the process changes initiated by New-Waterson also have shifted the sales team’s go-to-market strategy.

“Marketo Interesting Moments have become the foundation to our strategy for account activation,” explained Brian Birkett, LeanData’s vice president of sales. “Those are the accounts we’re going after. So when an Interesting Moment comes in, it’s like being at the zoo at feeding time. Everybody gets excited. And it happens all the time because of the volume of things that Adam’s team has produced. He 10x-ed his department’s productivity while only increasing the headcount by one-third.”

Eric Cetinich, a LeanData Account Development Representative, added that receiving Interesting Moments was not a common occurrence before New-Waterson’s arrival. That forced front-line sales reps to largely do their own prospecting. Cold calls, he added, could be “freezing.” The entire process was inefficient. “Now every time I make a call or send an email, I know that they are legitimate prospects,” Cetinich said. “I already know that there’s something to discuss. They’re interested in LeanData and open to a conversation. They’ve heard of us and have a problem that we can solve. It’s much easier to tailor the discussion because I know exactly what they want to talk about based on the content they are interacting with.”

It’s also not an exaggeration to say that New-Waterson’s use of Marketo has helped foster an atmosphere of mutual trust between sales and marketing by aligning the two departments. At first, there was resistance. Sales was unwilling to release prospects who had “gone dark” back to New-Waterson’s marketing team for additional nurturing to further educate them about LeanData solutions.

Today, Liang says the sales team believes marketing can nurture their prospects to effectively generate increased interest. Instead of two separate teams operating in their own silos, sales and marketing are working together as a single revenue machine.

“Our sales reps now are willing to concede that an account might not be ready to buy yet, but could be later after marketing spends more time with it,” Liang added. “This way, our sales team is focusing on the deals that we can win right now. You need real alignment to make that work, and the sales team has the trust in Adam for it to be successful.”

Hendrick Lee, LeanData’s VP of Product, noted how the company’s mission is to help businesses succeed through a greater understanding of their data. So in many ways, New-Waterson fits LeanData’s Ideal Customer Profile – the data-driven marketer. After all, he spoke at the last two Marketo summits on Revenue Attribution. Watching how he makes the best use of Marketo has been invaluable for the company’s development team as it creates new solutions for the rapidly changing B2B landscape.

“It’s about drilling down deeper into the statistics that marketing normally reports,” Lee added. “Adam is a perfect example of that approach by bringing our Marketo implementation to the next level. We now have so much faith in the platform. We work so closely with Marketo that we feel like we’ve become one of the experts at explaining how it can help businesses.”

New-Waterson already has proven how the platform could be integral in helping LeanData.

“Adam has such confidence in Marketo,” Liang said. “And he’s always pushing to use Marketo in different ways to improve LeanData.” 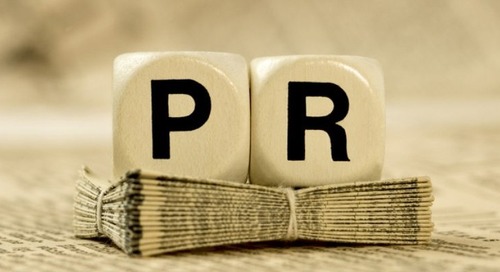