If you want to make a lasting impression with someone, tell them a story. Sangram Vajre understands this. And that’s why when you ask Vajre, co-founder of the B2B automation software company Terminus, to explain the growing buzz around Account-Based Marketing, he doesn’t launch into a jargon-filled monologue that could make eyes glaze over.

Instead, he paints a vivid picture for you.

Envision, Vajre began, a company CEO who is attending her daughter’s youth soccer game on a Saturday morning. But because not much exciting really happens during a soccer game among 8-year-olds, the executive/mom surreptitiously checks CNN on her cellphone and happens to notice an advertisement for a product that potentially could help her company. Then maybe she clicks on YouTube, and another message for that same company appears before a video begins playing. Later, she squeezes in a couple minutes of Angry Birds — without her daughter noticing, of course — and sure enough, there’s a blurb for that very same company again.

Those non-intrusive messages subtly are working, Vajre concluded, to create an impression on an important influencer.

“So when the CEO comes back to work on Monday morning after maybe seeing five messages over the weekend, she might be feeling that this company is everywhere, and that it might have value for her company,” he added.

And that is a prime example of Account-Based Marketing, or ABM for short.

It’s no overstatement to say that ABM is turning the traditional marketing structure on its head — literally. The classic, time-honored marketing “funnel” strategy is about trying to connect with as many potential customers as possible and then hoping that a smaller number of happy clients will emerge out through the narrow spout.

But ABM is different. It’s a precise, holistic approach of having marketing and sales teams work together to capture the attention of decision-makers in key companies who have been identified through the intelligent use of emerging data and technology tools.

“It really challenges the status quo,” Vajre said. “We’re putting content in front of the right people at the right companies instead of just sending out random messages to anybody and everybody. It’s very targeted and provides solutions to the specific problems that each company is facing. That’s the core principle of ABM, and it’s a new way of thinking.”

In truth, ABM has been a “thing” since at least the 1990s as marketing pioneers began preaching the need for more thoughtful ways to create favorable impressions with likely clients. But the basic idea of knowing everything you can about potential customers to create personal connections is an idea that is as old as, well, commerce itself.

But here’s the innovative twist: Data.

“ABM definitely is a hot trend, but you have to understand that the world already has been moving toward personalized marketing for the last 10 or 15 years,” said Jason Seeba, the chief Marketing Technologist at BloomReach. “The problem has been that years later, it still wasn’t truly personalized in a meaningful way because you couldn’t target companies that really matter to you. Without having the right data to support that effort in a smart way, it just doesn’t work. But now, we do have that data.”

Added Vajre: “Five years ago, this just wasn’t possible. But now it is because we have the technology.”

And because it’s a data-driven approach, the success rate can be measured and quantified. Simply put: There’s no fuzzy math involved to justify the strategy.

“The great thing is we can look at the pipeline that we generate,” Seeba said. “We can track the leads that are generated. We can count the number of “touches” with a company. It’s all there in the data.”

Here’s an eye-catching number that also helps explain the mounting interest in ABM: $10 million. That’s the amount of Series A funding entrepreneur Jon Miller already has raised for his new ABM venture, Engagio, which has not even reached the beta testing stage yet. But when Miller decides that ABM is the future, people take notice.

“This really is going to be the next big thing,” said Miller, the co-founder of cloud-based marketing software giant Marketo, which currently has a market cap of more than $1 billion. “Yes, maybe this phrase has been around forever, but now the technology is coming online that really makes this work.”

Miller has come up with a simple, memorable way of describing his vision of Engagio’s targeted approach — it’s about fishing with spears, not nets.

“When you’re fishing with a net, you really don’t care what fish you catch,” Miller said. “You just care about the total number of fish. And that’s fine for a certain type of marketer. But what if you’re trying to sell those big, six-or seven-figure deals? That’s when you need a spear — or an account-based platform that lets you engage the right contacts in those types of accounts. It’s just a more sophisticated approach.”

But even though ABM’s growth is fueled by technology, it’s still based upon a humanistic approach that leads to making one-to-one connections.

“This is all about focusing on things that machines really can’t do,” said BloomReach’s Seeba. “We’re not just hitting a button that sends out 10,000 emails. This is about creating specialized content that’s important to individual people. It’s a very personalized, high-touch approach.”

And it doesn’t get more personal than making an impression with a CEO at a Saturday morning youth soccer game. 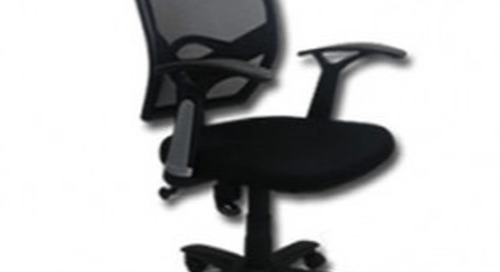 The importance of a symbol

So, it begins with a chair. Actually, that’s not quite accurate. It starts with a large brown box containin... 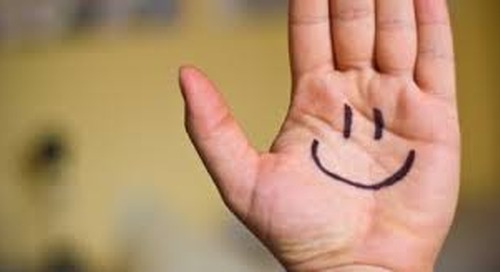