ABM Is the Greatest Thing Since Sliced Bread! A sales rep wandered to a booth manned by Brian Birkett at a recent conference and struck up a conversation. What do you think, he asked, about all of this ABM stuff?

“He was like, ‘To me it’s seems like just a fad. It’s a buzzword There’s not much there. At the end of the day, focusing on a set of targeted accounts is just not new,’” recalled Birkett, the vice president of sales at LeanData.

This, by the way, happened at an ABM-themed event. Birkett responded that it’s not just a passing fad. (More on that in a bit.) But he could see the rep’s point. There’s just so much hype right now surrounding Account-Based Marketing. Probably too much. And it’s not just ABM. There’s now Account-Based Sales Development. The term Account-Based Intelligence has been coined. And there’s even the new phrase Account-Based Everything. Lately, it has become an account-based world, and we’re all just living in it. Everyone, it seems, is rushing to climb aboard the bandwagon. Slapping those two magical words in front of any idea is becoming a sure-fire way to pitch a product.

Consider it the B2B version of “low fat.”

“ABM is hot right now,” Birkett added. “Marketers are smart. They can see a trend and want to be part of it. They’re going to jump on it and try to sell widgets.”

The excitement around ABM is, well, exciting. But there’s also the sense that it’s reaching a hype critical mass. There’s plenty of cheerleading. (Yay, ABM!). What’s lacking, are more nuts-and-bolts discussions about how to construct a process that’s focused on accounts rather than leads.

“The industry is at risk of this being considered a flash-in-the-pan and not becoming a substantive movement,” said Adam New-Waterson, LeanData’s chief marketing officer. “There is so much buzz that there’s the potential to obscure the real message: this is just a smarter way to run your business.”

That helps explain why there’s something of a mini-backlash brewing — not so much against ABM itself, but all the promotion.

“Say what you will about us marketers, we love our bright shiny objects,” marketing veteran Howard J. Sewell wrote in a recent blog post about what he called the Marketing Hype Cycle. “One day that object might be predictive analytics, the next, it’s programmatic advertising. Right now, it’s ABM. If other marketers are using it, or even talking about it, we want in. We love anything that’s new, or different, or that might be the next “silver bullet” we need to attain a competitive edge.”

ABM, of course, is not a new concept. But while the idea of aligning sales and marketing efforts around key accounts may be an age-old enterprise approach, technologies now exist that allow any business to use ABM tactics at scale.

“You’re trying to be smart and efficient with your marketing as you go after a specific set of targets that fit your profile,” Birkett said. “It’s a proven, valid strategy. Now there’s just new tools and solutions that help you implement it.”

The space has grown so quickly that ABM even received its own category in Scott Brinker’s most recent MarTech Landscape. But with so many hurrying into the sector, the concern is the ultimate result will be confusion. What actually is it? How do you put strategy into action? Is it even right for my business? What do I need to get started?

“We need concrete numbers so we can stop talking about the fluff. Just prove it works. @LeanData”

“Truth be told, I’ve been a bit skeptical when it comes to the ABM craze,” said Justin Norris, of marketing automation firm Perkuto. “It’s become such a fad and most people seem to use the term as a synonym for ‘going outbound with accounts I want to buy from me’ — which is not exactly anything new!”

But Norris added that a demo of LeanData Clarity, which allows businesses to launch campaigns into targeted accounts, allowed him to “see there is actually a different way of thinking and some concrete tactics for doing a totally different sort of marketing.”

So far, though, there have been more claims than validation involving ABM. Even when businesses have shared their experiences, there’s the caveat that they’re just getting started. And while a small sample size might be a good early indicator, it doesn’t constitute success.

Julia Stead, director of demand generation at ABM-pioneer Invoca, said the “trendiness” of the account-based movement has been spurred by all of those emerging tech tools. The pace of innovation is only going to quicken and that’s why, she added, “I hope ABM isn’t just seen as a passing fad.” But like many practitioners in the trenches, Stead worries that the ABM talk is getting overblown.

“For most companies, it still shouldn’t be 100 percent of your marketing strategy,” she added. “Our SMB segment, for example, is far more efficiently captured through inbound marketing.”

That’s precisely the kind of lessons-learned advice that should now be driving the ABM discussion, New-Waterson added. Hard data wouldn’t hurt, either.

“We need concrete numbers so we can stop talking about the fluff,” he said. “Just prove it works.”

In other words, turn down the rhetoric and ramp up the results. If not, ABM might be transformed from success story into cautionary tale.

“The bandwagon will just move on to the next shiny thing,” New-Waterson added. “The bandwagon always moves on. But the question is if two years from now, will ABM be a tool in your toolbelt or will it be ridiculed because of how silly and out-of-date it seems?”

And that would be the definition of a fad. 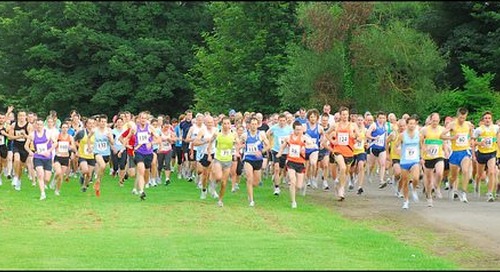 Not that anyone required further confirmation that Account-Based Marketing has become the “it” business str... 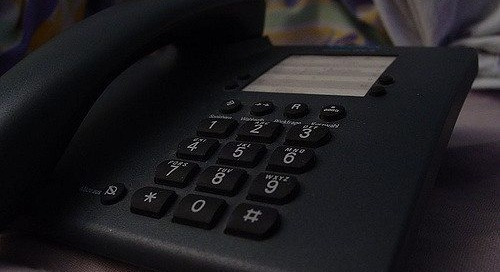 The Expanding Role of the Humble SDR