Account-Based Marketing Without a Budget

The Account-Based Marketing discussion has gotten louder and Louder and LOUDER over the past couple of years. But it seems to me that something important often gets lost in all that noise — strategy. Instead, most ABM plans I read about can be summed up like this: I think that’s wrong. Or more accurately, it’s backward. The tech tail has been wagging the ABM dog. As a Demand Generation practitioner, I believe ABM is simply about sales and marketing coordinating their efforts in a smart way to go after the best-fit companies for your product. Nothing more, nothing else. The truth is you don’t need a complicated tech stack to accomplish that goal. But what you absolutely need is a plan that can be executed, instead of an over-engineered ship that never sets sail.

Let’s say you’re interested in ABM, but you’re not quite ready to jump on the technology bandwagon. Perhaps you would like to run a trial program before committing time and resources to a full-scale initiative. Or it could be that you don’t have the budget to buy some “must-have” tool.

Well, you don’t need to buy anything to test-drive ABM. I’ll share with you a step-by-step example of a marketing campaign I oversaw at a previous company where we relied only on our existing technology, such as the existing marketing automation platform and Salesforce.

Our goal: book 25 meetings in 13 weeks. That might not sound like a lot. But it was ambitious for my business, which targeted the Life Sciences industry. We needed to capture the attention of hard-to-reach executives with titles such as Chief Analytics Officer, Chief Data Officer, Senior Vice President of HEOR (that’s Health Economics and Outcomes Research), and Global Head of Research and Development Analytics. Trust me, it wasn’t easy to get the attention of these people. And what I didn’t have was a lot of extra budget. So we crafted an ABM strategy that required no extra tools. Here’s how we did it.

Coordination. The secret sauce of ABM is making sure that sales and marketing intelligently surround target accounts with the right outreach. We began by sitting down with our sales team to create a list of 500 companies that we wanted to engage. Then we identified, on average, seven decision-makers at each firm — 3,500 people in total — with the desired titles that I mentioned previously. We used a couple of our existing tools for this effort: CRUSH Reports to give us detailed information like organization charts and Leadspace to get contact details for specific people.

Messaging. Our marketing team designed a series of strong outbound messages that could be sent by the SDRs. The messaging was sub-divided by persona and type of company (such as pharmaceuticals and medical devices) into eight segments to assure that it was extremely targeted. That outreach then was personalized by the SDRs to assure that emails didn’t sound generic. They also designed a cadence of outreach such as follow-up phone calls and social media touches like LinkedIn and Twitter. The key was that prospects would never think they were just getting vanilla marketing materials. From the prospect’s point of view, it was highly relevant information coming from a single sales rep who understood them and their individual pain points.

Importance of Data. Each time we sent out an email, we would wait a few hours and then collect a set of quick-hit data points for the SDRs. We separated the results into three buckets based on priority.

This was crucial because it gave SDRs greater focus on what really matters. The behavior change we saw immediately was they started concentrating 90 percent of their efforts on that first bucket – where engagement indicated there was real potential. So they weren’t wasting time chasing ghost leads. Taking an account-based approach, the SDRs also found other relevant people who worked at the companies from the “A” list and reached out to them. (I have heard different names used for this exercise, but we called it “starbursting.”)

Since we targeted at least four people from each company, we were able to prioritize those accounts where multiple people showed activity. Because the target list was just 500 companies, it was possible to do this with Salesforce reports rather than some sophisticated account scoring tool.

Iteration. We scheduled a daily, 15-minute huddle between sales and marketing to gauge our progress. What were SDRs hearing? What content resonated with prospects? What wasn’t working? How could marketing tweak the messaging to make it more compelling? That feedback was extremely effective in helping us refine our efforts. Results. We originally called this the “25-13” campaign — for our goal of 25 meetings in the 13-week quarter. Well, we ended up with 56 meetings, all with VP-and-higher-level prospects. In other words, the results were mind-blowing. When your marketing team is passing along leads or MQLs to sales, there’s always the question about what that really means in terms of ultimately becoming pipeline and revenue. But when sales and marketing cooperate to schedule meetings, well, there’s no argument about that outcome.

All of this might sound pretty basic for someone who has been doing ABM. But for the other 99 percent out there, this approach will get you started before buying expensive tools.

Now, technology absolutely would have made a difference. For instance, a solution to target impressions towards our ideal personas in those accounts would have been beneficial. But my point is you need to develop your playbook first, test your strategy and only then see what solutions might help you overcome the problems you encounter. (And small plug here: my company, LeanData, has best-in-class, lead-to-account matching and routing that can be the foundation of a successful ABM strategy.)

So, yes, tools can help. But technology itself isn’t ABM. It needs to enable ABM. No marketer should ever wait for a tech stack to be account-based. You have the ability to do this — now.

Ashwath Kakhandiki is the Vice President of Marketing at LeanData. 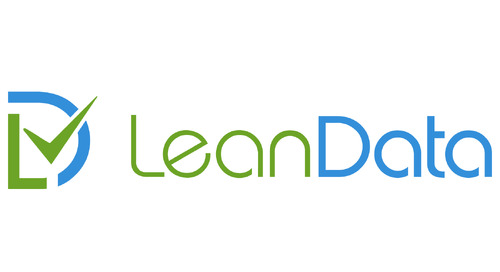 The Reason Why I Joined LeanData

During my career as a business leader at great companies like Concur, Zuora, Cisco WebEx and ADP, I’ve sat ...