Home » Routing Rules! LeanData's Sales and Marketing Blog » Are MQLs Nothing More Than a Vanity Metric?
× Share this Article

Are MQLs Nothing More Than a Vanity Metric? The venerable Marketing Qualified Lead (MQL) long has been a cornerstone of the numbers game played by businesses. You know the drill. A large amount of leads are poured into the top of the traditional funnel. They go through a lead-scoring system – with some receiving the official stamp of approval from marketing. Ultimately, at the funnel’s bottom, an even smaller percentage trickle out of the sales process as closed-won deals.

MQLs are tracked, counted, measured and then reported to the executive team as a key example of marketing’s impact on business.

But what if they actually don’t mean very much?

“The buyer’s journey in the modern B2B landscape is just not accurately tracked by a waterfall or a funnel,” said Adam New-Waterson, the chief marketing officer at LeanData. ”That’s why the MQL is a vanity metric. It just doesn’t measure marketing’s actual influence on revenue.” There’s a growing sentiment among marketing technologists like New-Waterson that the MQL leaves much to be desired as an early-indicator of deals that will eventually close. In fact, the value of MQLs is part of a broader, white-hot debate: How do you map marketing’s impact in the rapidly changing B2B space? It’s a discussion fueled by new technologies that give marketers an unprecedented ability to gauge their influence. And even more insightful tools are on the horizon.

That’s why many marketers are questioning the value of traditional reporting techniques. At the recent MarketingProfs’ B2B Marketing Forum in Boston, Avinash Kaushik was among the speakers challenging the way things always have been done.

“I hate funnels, and I hate you if you like them,” said Kaushik, the Digital Marketing Evangelist for Google.

“I, too, hate the funnel,” Hidalgo said at the conference. “I don’t like the waterfall. I’ve never talked to a buyer who said, ‘I’m in the sales-accepted lead part of the purchase process.’” He also added: “Let’s be clear, those aren’t leads. They’re names.”

Here’s one way to view the discussion: What does a lead really represent? For New-Waterson, it’s simply your way to the door of accounts. And the strategy to open those doors is Account-Based Marketing (ABM).

The goal of ABM is to be hyper-focused on penetrating a smaller number of high-quality accounts rather than spreading yourself thin sorting through a vast sea of leads. Why should there be an emphasis on the path of a single MQL when research has shown that you’re actually trying to persuade a committee of buyers that average 5.4 decision-makers in a single B2B deal to reach a consensus to make a purchase?

“It’s always been hard to figure out marketing’s influence on revenue over time,” New-Waterson said. “The MQL was just the best we could do. You created a formula where maybe you dropped 10,000 people into the top of a funnel with the belief that you’ll get two deals out at the bottom. I say, ‘Let’s take five accounts that we’ve really thought about targeting, do the hard work to close those big deals, and then maybe we’ll get three successes at the end.’ ABM is a more thoughtful strategy about who you approach.”

Sure, it may sound impressive handing over thousands of MQLs to the sales team, he added. But what about when sales complains that the majority of them are worthless? That’s why New-Waterson labels the MLQ a vanity metric – a term that usually refers to wishy-washy numbers such as Twitter followers, Facebook likes and website visitors.

At the Marketo Summit earlier this year, Melissa Davies of data protection company Druva, helped run a session called “Beyond Vanity Metrics.” Her issue with the MQL is that it’s so subjective.

“If I ask eight or 80 marketers for their definition of an MQL, each would have a different one,” said Davies, who works in strategic marketing enablement. “That’s because every company has different processes and nomenclature. While it’s good in theory, it really is a vanity metric. The only thing that they really care about in the C-level is this: Did it bring in more money than it cost?”

So while Davies added that she does pay attention to MQLs, it’s only a guideline for her. “It’s not something I write into stone,” she said.

Gabe Paley, the demand generation and Account-Based Marketing manager at analytics firm InsightSquared, could see the value of MQLs as a measuring stick when their team was just starting. But now they are generating so many leads that quality matters far more than quantity.

“We believe in ABM and are trying to figure out what’s important to report,” Paley said. “If you’re thinking about 10 different stakeholders within an account, do we really care if two of them are qualified leads or not? I think where we’re going to end up is the MQL is not that important anymore.”

There’s an obvious question. If MQLs and other funnel-style metrics don’t tell the full story, then what does?

Matt Heinz, head of Heinz Marketing, had a thoughtful rebuttal to the “funnel is dead” talk at the B2B Marketing Forum. Heinz agrees that the buyer’s journey is not linear. But he added of the funnel-dissing: “I have yet to hear these words come from someone who actively owns a quota, who’s paid on commission, who is responsible for setting and achieving a forecasted level of sales.”

On the other hand Jason Seeba, of big data company BloomReach, contends that sales operations pros and marketing technologists must be forceful advocates within their organizations precisely about which metrics matter.

“If you’re tracking the wrong thing, then you should be changing the conversation to track the right thing,” said Seeba, a marketing technologist who believes in focusing on accounts, not leads.

Just as that kind of provocative dialogue is occurring more often at B2B companies, new pipeline and revenue reporting measurements are coming to help scale Account-Based Marketing. But New-Waterson already has come to one conclusion. For him, an MQL carries the same weight as a Facebook like.

“I do believe that they are about the same indicators of a potential purchase,” he said.

This much is certain: The debate is only going to grow. 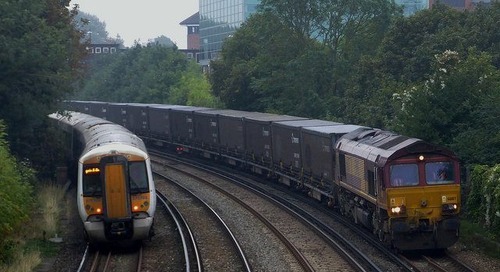 Setting Up Program Channels for Success

You’re a marketer who has spent considerable effort in planning, creating and launching a campaign. Now, yo... 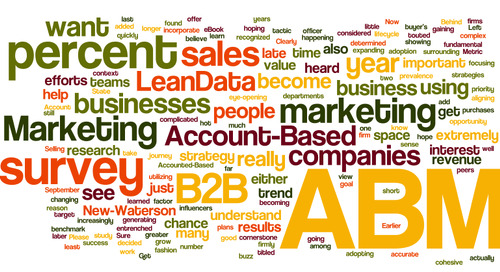 In late 2014, LeanData decided it was time to get the pulse of just how widespread the adoption of Account-... 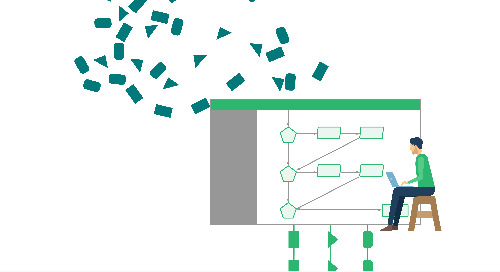 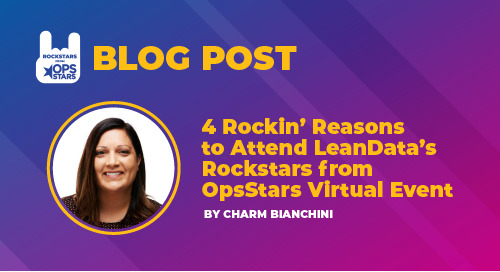