And how a growing company creates and manages its territories is one of the most important roles for sales operations practitioners. Sales leaders rely on them to provide the hard data — and the sound reasoning — for designing an efficient structure that best-suits the business. That’s because without smart territories there would be . . .

“A free-for-all,” said Jonathon J. Leon Guerrero, who oversees sales operations at LeanData. “If a company doesn’t have a strong process in place, it will become a situation of every man for himself. That means no matter where an account comes from, any salesperson can work it. Or if an account gets dropped, the first person who can grab it, gets it. Ultimately, that kind of chaos results in a non-cohesive team. It can turn teammates against each other.”

It’s the antithesis of a predictable revenue model. That’s why sales ops plays a role — arguably the key role — in designing a data-driven process where the goals of the team and the company are aligned.

So, how do you do that? The short answer: it depends.

The idea of territories is as old as, well, sales itself. They can be based on characteristics such as geography, industry and segments such as employees or revenue.

The reality, of course, is those are just broad category descriptions. Territories can be combinations of each. (Bob is responsible for California accounts in the healthcare industry at companies with 250 or more employees.) Sometimes, separate departments within the sales team divvy up accounts differently. For instance, Sales Development Reps might round-robin net-new leads while Account Executives have territories based on company size.

There is no right way or wrong way. But it’s why sales ops pros spend a considerable amount of time thinking about finding that best way to structure territories for their company.

And the intent is always the same. Clear lines of demarcation are needed so salespeople aren’t bumping into each other. And whether it’s a small startup or a giant enterprise, it’s all about figuring out the best way to increase sales.

“The reason we have territories is because if we didn’t, there would be bedlam,” said Peter Kazanjy, the founder of the sales ops community Modern Sales Pros. “One of the phrases that gets used a lot in sales ops is swim lanes. In other words, you set up the swim lanes for the sales team so they can charge ahead without thrashing into one another or swim in circles. All of this stems from the fact that we’re able to be much more systematic with all of the information available because of new technology.”

That’s where the sales ops pro enters the equation. He or she is analyzing that wealth of data to serve as a resource when the sales leadership is deciding how to structure territories.

“It’s a constant process of rearranging territories,” Leon Guerrero added. “You can divide it up anyway you want. But it will always change. That’s why at LeanData we’re re-evaluating our territories before every quarter.”

OK, maybe that’s a little strong. But once territories have been established, they have to be managed because nothing ever stays the same.

That’s why he’s always communicating with Brian Birkett, LeanData’s vice president of sales, about whether the sales teams is organized for maximum efficiency. Do specific territories have enough coverage? Is there a need to adjust? Should more reps be added to the team?

“The reason we have sales territories is because if we didn’t, there would be bedlam.”

For instance, LeanData uses a geography-based territory system for the sales development team. Because the Bay Area technology hub has become a such a fertile region for LeanData’s sales and marketing solutions, the decision was made to tweak the approach to that region.

“Our hottest territory is the Bay Area,” Leon Guerrero said. “So we changed it to a round-robin with our development reps for Bay Area accounts. So many of the companies that need us and are reaching out to us, are located here in Silicon Valley. It just made sense that our territory system should be geared more closely toward covering that region better.”

The actual physical “management” of territories is done using custom fields within Salesforce. Leon Guerrero creates workflow rules that will trigger an auto-population in those fields and ensure leads are getting to the right rep handling accounts in that territory by using LeanData’s own routing product. He said it’s just easier to run accurate reports and make changes when all of the information is in one place — Salesforce.

“I’ve seen people literally manage territories on a big map by moving around photos of the sales reps,” Leon Guerrero added. “Other companies use spreadsheets. But it’s just more efficient to use workflows and custom fields. You don’t want to be looking at five different sources of information to run a report. That’s why we want everything logged in Salesforce. Our belief is that if something isn’t entered in Salesforce, then it doesn’t exist.”

And without strong territories, a predictable growth model probably won’t exist, either. 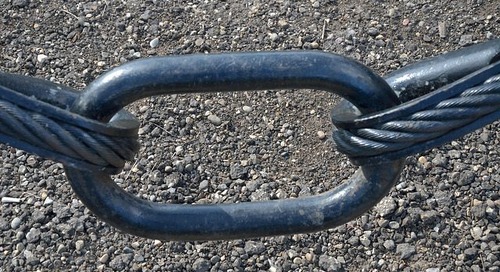 Linking Together Two Picklists in Salesforce

One of the most straightforward definitions in the entire Salesforce glossary is the Picklist. As in, you p... 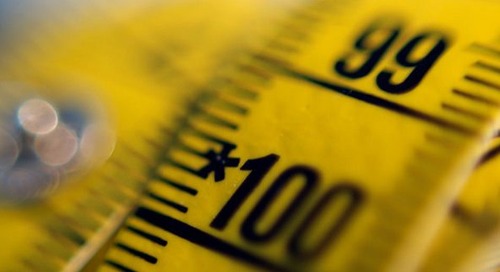 Deciding What Metrics to Track for Sales Development Reps

There’s no shortage of information available when it comes to analyzing the productivity of Sales Developme...