We’ve reached peak ABM hype. You’ve seen countless variations of the same presentation about how to get started with ABM, how to sell ABM internally, the ideal ABM tech stack, and on and on.

And I agree that it’s time to start getting down to business and actually design ABM plays that can drive your business more revenue. But my ABM pitch is going to be a little different from the ones you’ve been hearing over and over. It also doesn’t involve having to buy the hottest, newest toy on the market.

My example of an ABM campaign will be based out of Marketo. But the same setups/flows/logic should be broadly applicable to most marketing automation platforms, or even your favorite sales acceleration/cadence tools. So fire them up and follow along with this post.

Earlier this year at LeanData, we identified a leaky spot in our pipeline. The timeframe between the 1st demo and what should have been the 2nd demo was a place where prospects were going dark on us. Under the guidance of Adam New-Waterson, now the vice president of demand generation at RevJet, our marketing and sales team sat down together and compiled a list of target accounts that we believed could be brought back to life.

"The project really was born out of the idea that a lot of companies had begun talking about ABM only to use it as a way to fit their product into a trending topic," New-Waterson said. "But no product is an end-all, be-all to do ABM. We thought we could drive consensus and action among stakeholders without using a singular product." In this case, we used a smartlist in Marketo filtering on the “2nd demo” value to push the list into our campaign.

CEB research has shown that 5.4 buyers typically are involved in a typical B2B deal. Getting all of those stakeholders involved is crucial to making an ABM strategy successful. So to begin tailoring our message to those various people, the next step in our DIY ABM play was to separate out who was important and who was not important to the conversation. For us, we used Marketo’s Engagement Programs to create different streams of content/interactions for each of the five buyer personas we believe are relevant to our business.

Now for the fun stuff. We didn’t want to just have same boring old stream of emails with slightly varying messages to each buyer. That’s not real personalization. We always strive to create a combination of different touches across different channels, with different players from our team.

Our play for the sales operations buyer persona went like this:

This was our playbook. But the sky’s the limit when it comes to the series of touches you can implement. It really comes down to tailoring the messages to your organization and your buyers. Here are some other ideas to get you thinking:

Since piloting this campaign with a small group of target accounts, we’ve seen approximately 20 percent of the targets reach back out to schedule another demo with us. An interesting, and somewhat unexpected, development was that most of the responses we received were from someone other than our initial point-of-contact. It just goes to show the importance of a true ABM strategy. You must reach out across a target account and engage with the multiple stakeholders who might be involved in a deal on their own terms.

And this is the kind of play that can really lead to closed deals. We’ve reached the point where there’s no longer any disagreement that Sales Operations has become the backb... 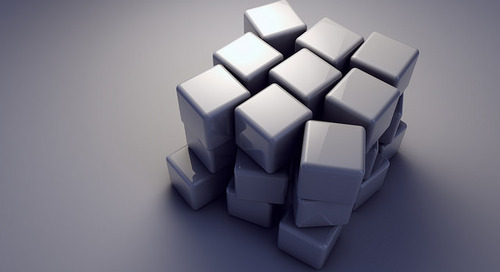 With the explosion of sales and marketing technologies in recent years, many B2B organizations have acted l...