Home » Routing Rules! LeanData's Sales and Marketing Blog » Dreamforce Extravaganza is about to Arrive in Style
× Share this Article

Dreamforce Extravaganza is about to Arrive in Style

We probably should start with the boat.

Well, it’s not exactly a “boat.” Unless you consider a 1,000-foot, 91,000-ton luxury cruise ship as simply a boat. But so many business professionals are about to converge upon San Francisco for the annual Dreamforce conference that host Salesforce.com has chartered a Celebrity Cruises ocean liner to be docked at Pier 27. Dubbed “the Dreamboat,” it will serve as a floating hotel for 1,100 visitors.

Consider this the official confirmation that Dreamforce has grown so big that it now threatens to max out a city known for being able to handle flocks of visitors. But this four-day extravaganza is expected to draw 150,000 people to the Bay Area as well as attracting millions more online, according to Salesforce.

And that explains the need for the additional cabin space.

But in truth, the ship came in a long time ago for Dreamforce, which now is in its 13th year and has been billed as the world’s largest software gathering. It seems silly to describe this as just a conference. Rather, it’s an extravaganza. Dreamforce 2015 will take over a huge swath of San Francisco – filling all available hotel rooms and even closing off streets around the hub of the Moscone Center.

In keeping with Salesforce CEO Marc Benioff’s socially conscious view of the world, this year’s Dreamforce will feature a Women’s Leadership Summit to discuss gender equality in the tech industry. Speakers will include YouTube CEO Susan Wojcicki and entertainment figures Jessica Alba and Patricia Arquette.

Also, a benefit concert that’s expected to help raise $10 million for the UCSF Benioff Children’s Hospital will be headlined by the Foo Fighters.

So, yes, this might be a good place to mention that Dreamforce is no longer just a trade show. It’s a glittery celebration of the vast Salesforce ecosystem.

“I live one block away from the Moscone Center, so I experience Dreamforce every year,” said Welts, the Warriors’ president and chief of operations. “When you have 100,000-plus people descend on that area over a few days, it’s pretty amazing to watch.”

Crowded would be another way to describe it. Just try to get a restaurant reservation.

But the business of Dreamforce, though, is still business.

“It can be overwhelming,” said Brian Birkett, the vice president of sales at tech company LeanData. “Sometimes it can almost seem like it’s more about what’s going on around the event. But all the business that gets done that week is what makes it so amazing. It’s like a B2B circus.”

For LeanData, a tech startup that helps Salesforce CRM system users by automatically matching leads into accounts, this is a signature networking opportunity. Months of planning has gone into scheduling events designed to meet face-to-face with potential customers.

“We’re on the the Salesforce AppExchange, so it’s important for us to have a large presence,” said Debbie Margulies, the director of marketing operations at LeanData. “Dreamforce is the biggest event of the year for us, by far. But then anybody who does business on Salesforce probably can say that. This is the show that everybody attends.”

It might be hard to remember now, but Dreamforce did have humble beginnings. The conference drew about 1,000 attendees in 2003 in what then was a pretty standard event. But as Salesforce quickly grew into the dominant giant in cloud computing, Dreamforce blossomed into a spectacle. Today, it’s a jam-packed with countless training sessions, product launches, celebrity pitches and, yes, sheer frivolity.

Event technology company DoubleDutch even has helpfully created a mobile app to keep track of Dreamforce parties so developers, salespeople and marketers don’t have to worry about missing a hotspot. The name, appropriately enough, is Partyforce.

“Dreamforce is a zoo,” Margulies said. “It’s chaos. This always takes over SoMa and the financial district, and now it’s even taking over the pier. It’s the place to be.”

And it’s only going to get bigger. 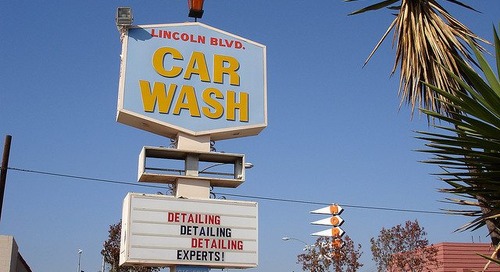 The Importance of Casting a Wide Net for SDR Talent

A talented Sales Development Representative can be found anywhere. Take, for instance, the car wash. That’s... 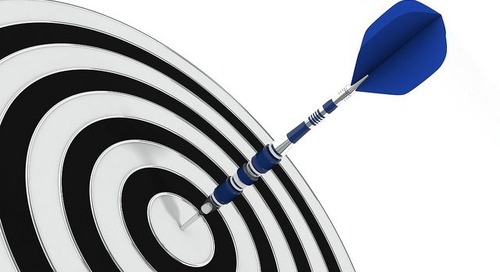 An Audience of One

As recently posted on Uberflip by Adam New-Waterson. When I became the chief marketing officer at LeanData ...