Dreamforce: Is It Party Time or Closing Time? Invitations for Dreamforce parties are filling up inboxes across the business world. Chances are you’ve already been flooded with pitches similar to these:

Come to THE destination! An amazing Dreamforce experience! Voted one of the best parties of DF15! Space is limited! We expect a full house so save your spot today! Opportunity to network and mingle!

The social scene is a big reason why Salesforce has become a behemoth conference — drawing an estimated 170,000 attendees in 2015. After all, it’s not by accident that Bono and the boys from U2 are performing this year. Dreamforce is an extravaganza. And the side-events keep becoming more decadent, extravagant and exotic in the never-ending effort to get attention. There’s everything from sunset cruise boats to roller disco.

Of course the real reason why there are so many parties, bashes, soirees and shindigs is because businesses see value in investing big money to host events that draw large numbers of people.

But are these events really worth it?

“What does it really get you when you throw a party?” asked Brian Birkett, the vice president of sales at LeanData. “I agree that for branding, it can be amazing. But for getting real ROI, you need genuine interaction with prospects. If you have 2,000 people at a party, you really can’t talk business.”

When companies spend a good chunk of their marketing budget on parties, the main objective can be getting their hands on a list of attendees. That’s why, Birkett said, LeanData has been a party host in the past. But those events just didn’t move the business needle very much.

“We’ve done ‘successful’ events where we’ve generated 5,000 names,” he added. “But someone who just wants a free drink shouldn’t be considered a meaningful marketing touch. We’ve learned that at least when it comes to high tech, quality interactions are much better for closing deals. They’re much more successful for us.”

Let’s be honest: When it comes to parties, people are more interested in the open bar than they are learning about your business.

That’s why LeanData is doing something different. The company is partnering with co-sponsors including DataFox, Groove and PFL to host Ops-Stars at Dreamforce at the Trou Normand restaurant a block away from the Moscone Center. The idea is to create a gathering designed specifically for sales and marketing operations professionals — the target audience for the host companies.

It was a decision made purely based on data.

“The data told us that the dinner events were especially effective,” Huang said.

LeanData double-downed on that concept and organized a conference-within-a-conference that appeals to operations specialists by focusing on how businesses can combine technology, people and process to build an efficient sales machine. Speakers and panelists will talk about ways to solve the challenges that all sales teams face — such as lead generation and management, data enrichment and deal acceleration.

The idea is quality over quantity. Personal interactions with the right prospects rather than shouting at random people over loud music. It’s the essence of an account-based strategy. “Dreamforce is just crazy,” Huang said. “There’s so much going on that it’s hard for people to figure out where they should go to get the most out of their time. So we’re making it easy. We’re bringing together all the relevant people under one roof so they can drop in for good food and drinks, and listen to a talk relevant to their day-to-day work.”

Trou Normand, a San Francisco fixture that specializes in French cuisine, was the perfect location because it also provides meeting space as well as the ability to host happy hours and those all-important small dinners in a casual setting.

“This is going to be an oasis of calm in the madness of Dreamforce,” Huang said.

Birkett and Huang both emphasized that while there can be good reasons to open the checkbook for expensive parties, it really depends on a company’s size and level of funding. It’s certainly not for every business — especially at a time when the smart money is moving away from the “growth-at-all-costs” model.

And the data analysis proved that it’s not right for LeanData.

“You need to be smart with your spend and have real clarity about your business objectives,” Huang added. “I just see us as being a company that is driven by data when making these types of decisions.”

So sure, go attend some Dreamforce parties. Have fun. But maybe think twice about the true value of hosting one. 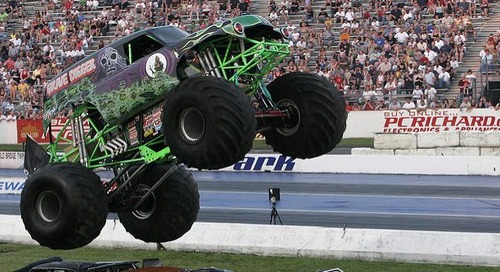 The topic of the sales operations webinar was “Building the Perfect Beast.” But it quickly became apparent ... 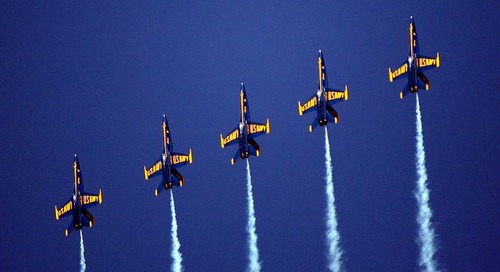 One of the main principles in today’s B2B tech world is that sales and marketing teams must be aligned. You...