OK, maybe not. Actually, it was pretty close — at a Bay Area movie theater. But a clever campaign last December was a good example of just how far outside the traditional-marketing universe that predictive analytics company EverString was willing to journey to capture the attention of high-value prospects.

“We booked a theater for the latest Star Wars movie and invited people from key accounts,” said Jessica Cross, EverString’s director of audience marketing. “We filled it with precisely the people we wanted to meet.”

And, yes, the draw was a very hot ticket — a viewing of the much-anticipated “Star Wars: The Force Awakens.” But EverString figured a way to smartly share in the opening weekend success. The company booked more than 100 meetings and created nearly $600,000 in pipeline by hosting a special screening of the blockbuster film.

The cost for this successful campaign: a grand total of $3,300. So with that bang for their buck, perhaps EverString could say: May the force of Account-Based Marketing be with you.

There’s a reason why EverString has a reputation within demand generation circles as a business implementing an innovative go-to-market strategy with ABM at its center. It’s why Cross was asked to speak about EverString at the recent #FlipMyFunnel event in San Francisco – where sessions were geared toward real-world ABM advice.

“The foundation of all of our marketing efforts is account-based,” added Jim Walker, EverString’s vice president of marketing. “With ABM, we can more effectively drive the entire organization around a common goal. It creates alignment not just with sales, but it aligns our budget spend with our goals. What’s interesting is once you show the strategy, everyone gets it. However the problem is that with anything new, there’s a learning curve. That’s why setting the right goals and expectations is critical.”

With that in mind, Walker and Cross can tell you what ABM is not:

But when done correctly, it is effective in sourcing pipeline, increasing deal velocity and closing more revenue, Walker said. It’s why ABM now factors into about 50 percent of EverString’s overall marketing efforts.

The first step begins with the company’s own product. The EverString team uses predictive analytics to determine the accounts most likely to purchase their product. The process measures historical outcomes to identify the ideal market segments for future success.

There’s a reason for all of that effort, Cross and Walker said.

“If you’re planning a cross-country trip to New York and you are off by 5 degrees, you’re going to end up in Tallahassee,” Cross told the #FlipMyFunnel audience. “It’s the same in business. You don’t want to waste valuable time with the wrong companies that will never buy.”

Answering that vital “who” question creates a ripple effect across all of sales, Walker added. It ensures that the right amount of resources are being spent on the right accounts.

From there, it becomes important to add a human touch to what too often can be an impersonal sales process. A current campaign orchestrated by the EverString team is a perfect example. As part of their outreach efforts for key accounts, the EverString team is sending customized goodie boxes to 200 people with the titles of CMO, vice president of marketing or director of demand generation. In addition to chocolates and caramels, those executives are receiving a printed version of EverString’s “The State of Predictive Marketing Report.”

What really makes the campaign impactful, though, is a handwritten note from the Account Executive that speaks directly to that individual and the account. It’s not another generic pitch. Cross sees this team effort as an effective door-opener campaign.

“It’s a great way to get attention and get it quickly,” she added. “The key is personalization. Who wouldn’t like to receive customized messages from a company that understands your pain points and wants to be a trusted advisor to help you improve your business? To me, that’s really effective.”

Another key to success comes in the follow-up. A front-line Sales Development Representative will then call those decision-makers to discuss the report with the goal of setting a first meeting. The result: conversion rates for EverString in these kinds of customized campaigns are nearly three times better than traditional outreach approaches.

The process was similar with the Star Wars campaign. Sales helped make sure the right people were in the theater. (With or without the toy light sabers.) And then they were present to talk with prospects — about predictive analytics and the movie. Either way, it was an effective way to create real conversations.

Unless there is complete buy-in from the sales team, Cross added, it doesn’t matter if marketing designs a strong ABM campaign. But the trust level grows as they see success.

“I get the sense that there is relief on the part of our sales colleagues that we’re seeing the challenge from their perspective,” she said. “It’s like, ‘Oh, you’re going to run a campaign directly for the companies we want? Cool. We’ve been waiting on that forever.’”

At the end of the day, ABM for EverString means alignment — most importantly, alignment with the buyer. And if much of this simply sounds like smart strategies that sophisticated marketers have been implementing forever, Cross and Walker happen to agree with you. But the emerging technology that helps businesses identify and penetrate accounts in a scalable way is cutting edge.

“As far as innovation, I don’t think there’s anything particularly new about this,” Walker said. “But in a lot of ways, I also feel this is a fundamentally different approach. It’s a whole different way of doing personalization. That’s why I say we’re in the first inning of a new game.”

Or look at it this way: the ABM galaxy should be much better understood by the time the next Star Wars movie hits theaters. 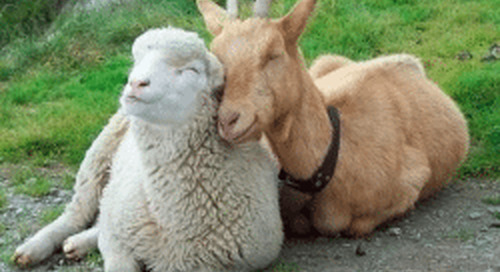 Tell me if this sounds familiar: A huge untapped database of potential clients. An eager sales team tired o... 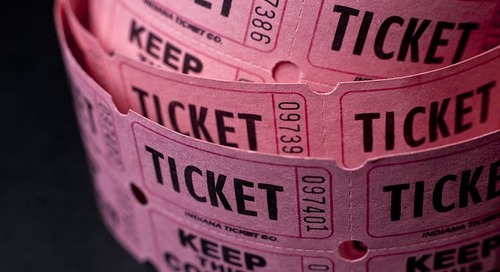 What a Car Giveaway Has to Do with Account-Based Marketing

If you attended the Dreamforce extravaganza last fall, you probably heard about the Tesla. It was impossibl...