How to Choose Target Accounts Remember the old-fashioned arcade game where the goal was to knock over as many ducks as possible with a popgun? An endless row of identical ducks would parade along a mechanical track, one after another. They all were tempting targets and just begging to be hit so you could win a prize.

For a B2B company crafting a selling strategy, it probably can seem a little like that carnival game. There are so many ducks – sorry, companies – out there that are appealing and, at least upon first glance, can look similar. So how do you prioritize them? Which are the easiest to land?

Where should you be aiming?

These are key questions to answer as part of an Account-Based Marketing program. ABM, the growing trend in the B2B sales space, isn’t about accumulating a vast number of leads. Instead of quantity, it aligns sales and marketing teams to focus on quality touches within a smaller number of high-value accounts that hold the greatest revenue potential.

But in order to do that, you first have to ruthlessly narrow that large pool of possible accounts – the endless line of ducks – down to only the most promising targets. “It’s incredibly important to pick your accounts wisely,” said Sam Laber, director of marketing at the big data sales intelligence company Datanyze. “You’re only going to have the bandwidth to effectively work a certain number of accounts. And if you pick the wrong ones, you’re going to be wasting your team’s time on leads that won’t amount to anything. You need to nail down a profile of your ideal customer.”

Elisabeth Hawkins has been at companies that went through a pivot and moved into new markets. Figuring out the audience for your product, she learned, is much more difficult than it sounds.

“You can go down a path and only realize later that it’s just not working,” added Hawkins, director of demand generation at predictive analytics firm EverString. “Product is looking for one thing. Marketing is looking for another. And sales is focused on something else entirely. They all have different thoughts on who the company should be selling to – and they’re not aligned.”

The core tenet of ABM is getting sales and marketing on the same page. And together, those teams must take a hard look at your database of possible accounts. The goal is to trim what undoubtedly is a huge number of companies down to a manageable list of best potential customers. What businesses ideally meet the criteria for your product? What is the typical size of those companies? What kind of technologies do they use? What companies most closely resemble existing customers?

In other words, when you understand who your current customers are, you’ll have a better profile of your future customers.

“You have limited resources and you can’t sell to everybody,” said Brian Birkett, vice president of sales at LeanData. “So you want to look at your customers, figure out what they have in common, use those commonalities to identify a manageable subset of all the other potential targets out there.”

Laber suggests having your company’s sales development reps be part of the process because they have the most contact with potential clients.

“Your SDRs can have a great perspective because they’re on the front lines,” he said. “They can be your best resources in knowing where to focus because they’re interacting with potential customers every day. Listening to what they’re seeing allows you to be creative in building target lists.”

Marketing, sales and product teams may think they know the audiences for their products. But assumptions sometimes can be flawed. Laber and Hawkins said predictive analytics uses hard data to question, augment or confirm what you believe.

“It looks at indicators at a level that humans just can’t understand,” Hawkins said. “You’re pulling in important data points, putting them into a predictive analytic engine and finding a true model. It’s not realistic to expect that you will come up with your best target accounts simply by having sales, marketing and product sit in a room. This reduces so much friction and allows everyone to feel like you’re making data-based decisions instead of having people bickering around a table.” Data from accounts where you’ve had success can be matched against accounts outside of your database. The result is an objective analysis that predicts where you will have the best chance of closing as well as those accounts that are least likely to be won.

“Predictive analytics will tell you: ‘Here are companies you never thought about who also are a good fit for you,’” Hawkins added. “You’re getting a clearer picture of where your success will be.”

No matter how you ultimately identify your targets, though, you can’t think too broadly. Do that and you’ll be missing the entire point of Account-Based Marketing. It all comes down to focus. Narrow that list.

And if you choose your target accounts in a smart fashion, the prize you ultimately win will not be a small one. That’s because you won’t be shooting at just ducks in an arcade game. 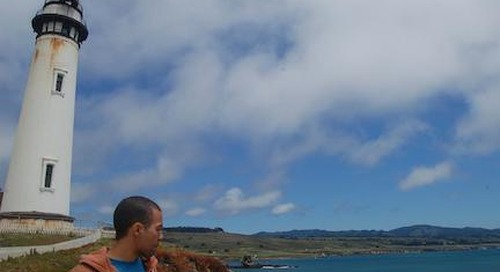 My experience since graduating from high school ten years ago includes tenures in multiple departments with... 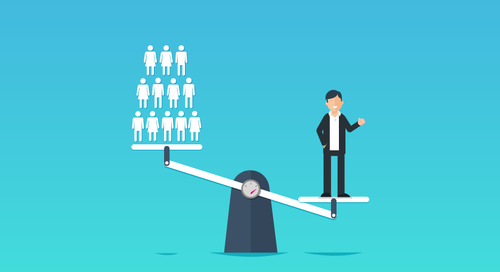 As recently posted on Uberflip by Adam New-Waterson. Two months ago, I became the Chief Marketing Officer o...