SAN FRANCISCO — Nick Ezzo compares running a smart demand generation process to the evolution of naval ships. And, yes, that’s definitely not an analogy that you hear everyday from a B2B marketer.

But hear him out. Ezzo makes a very good point.

If you think back more than a century, he said, it might have taken 100 men to operate a sailing vessel. You would have needed sailors to rig the sails, man the guns, someone in the crow’s nest, and of course, someone to pilot the ship. “I read somewhere recently that modern battleships can operate with just three or four people,” added Ezzo, the vice president of demand generation at Host Analytics. “They do that with automation, technology and computerization. Well, I approach marketing the same way. We have a very sophisticated technology stack, and that allows us to operate our marketing battleship with a small team.”

One of the keys of doing that, though, is utilizing tech tools that work well together. That’s why Ezzo spoke during the Ops-Stars at Dreamforce conference about how he maximizes his marketing investment by combining the power of Infer’s predictive analytic solution and LeanData’s lead management platform.

“They’re like chocolate and peanut butter,” Ezzo said. “They’re two great applications that are even better together. We get significant value from each vendor independently. But bringing them together creates the ability for our team to gain tremendous efficiency.”

As everyone knows, MarTech products have flooded the market. Trying to figure what tools will help your business often results in confusion. Ezzo also notes that one of the big challenges for operations leaders has become, “How do I add something without 20 other things breaking?” But with Infer and LeanData, he has found technologies that work synergistically to boost speed, efficiency, and top line revenue.

Host Analytics had been facing some vexing sales and marketing problems. Ezzo needed a better process of getting the best prospects to the right sales reps as quickly as possible.

Enter Infer and LeanData. Think of them as a one-two punch.

“It’s an old story that marketing throws leads over a wall and says to sales, ‘Why are you not following up on these gold nuggets that I gave you?’” Ezzo told the audience. “And then sales says, ‘That’s not a gold nugget. It’s a piece of coal.’ So it’s a circle of blame and recrimination. We needed a way to solve that challenge.”

Infer does that by creating a profile of Host Analytics’ ideal prospect — leveraging the company’s existing customer data as well as external signals. Infer identifies the best-fit leads that enter the company’s system by categorizing them into four grades: A, B, C and D.

Armed with those rankings, Host Analytics has a better understanding of the leads with the greatest chance of becoming customers as well as those most likely to be a waste of time. Infer also helps drive greater alignment between the Host Analytics sales and marketing teams. The baton then is handed off to LeanData.

In the Salesforce CRM architecture, there is no native connection between leads and accounts. LeanData eliminated that problem for Host Analytics with its ability to match incoming leads to associated accounts and then route them to the correct place. That means leads from existing clients go directly to the customer success team. Meanwhile, leads tied to open opportunities are sent to the proper owners so they can have complete visibility into all activity within those accounts.

“Before LeanData, our reps were spending three-to-five minutes evaluating every lead to decide if was even routed correctly — which I knew was totally inefficient,” Ezzo said.

LeanData also takes the net-new leads that Infer has scored and round-robins them among the SDR team. Every rep receives an equal amount of leads from the A, B, C and D buckets. That’s a big improvement over the previous system of divvying up leads based solely on geography and company size. For instance, after Host Analytics would attend an important conference, the California rep might have 250 leads dropped into her lap while the other SDRs would be left with just a handful.

“Today, all incoming leads are round-robined and smoothly distributed to everyone throughout the team,” he said. “It creates a more fair and efficient system.”

Ezzo then posted a slide that summed up his presentation: Infer + LeanData = Happy SDR Team.

“Both companies are working very hard to address problems that we have,” he added. “Infer and LeanData are in my favorite category of companies that I like to work with. I can think of very few situations where I’ve had two vendors work together. People don’t usually think like this, and I don’t know why. They should.”

And with LeanData and Infer, the result for Host Analytics is smooth sailing.

Ezzo’s slide deck can be seen here. To learn more about how LeanData and Infer help Host Analytics accelerate sales velocity and boost revenue, you can read the full case study here. 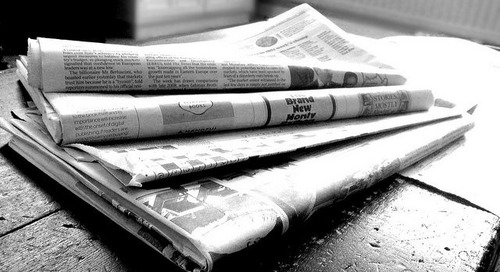 Read All About It with Salesforce Report Subscriptions

Every morning, I receive an email with a roundup of stories about Account-Based Marketing. I like to keep u... 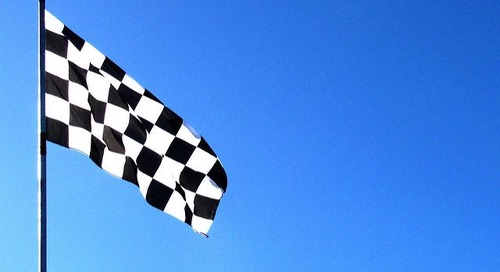 Ops-Stars at Dreamforce Finishes with a Bang

SAN FRANCISCO — It’s closing time for Ops-Stars at Dreamforce. And we’re not talking about this being the l...