Home » Routing Rules! LeanData's Sales and Marketing Blog » LeanData and the Business of Giving Back
× Share this Article

LeanData and the Business of Giving Back SAN JOSE — Corporate team-bonding events can take many forms. But this one began with a quick training session about knowing the difference between a good apple and a bad apple.

“People always chuckle about that, but it’s important,” said David Saxton, a volunteer coordinator at the Second Harvest Food Bank.

On a rainy February morning, 20 LeanData employees had joined a smaller group from Cisco Systems at a food bank warehouse to help pack fresh fruit that would go to needy families.

The main task was to spend a few hours sorting through huge cardboard boxes brimming with apples. Good apples (only minor blemishes) were to be packed in smaller, 25-pound boxes for distribution, and the bad apples (mushy ones) would be separated out. They’re not kidding when they talk about one bad apple spoiling the whole bunch.

For many Bay Area residents, this food is a godsend. Second Harvest provides the equivalent of one million meals a week — distributing food throughout 330 community-based organizations. One in 10 people in Santa Clara and San Mateo counties receive food from Second Harvest. “Volunteers are the difference between having something to give and having to turn people away,” Saxton added. “So your work is very important.”

And with that, the apple sorting began.

LeanData employees had decided to come and help as a reward to themselves. The company enjoyed a record-breaking quarter at the end of 2015. One way to help celebrate the occasion, CEO Evan Liang suggested, was a team-building event. Debbie Margulies, LeanData’s director of marketing operations, came up with the idea of doing something to help others.

“We have a lot of hungry people in a very affluent area,” Margulies said. “It’s a necessity that we give back. It’s wrong to watch a neighbor go hungry. That shouldn’t happen in a first-world country.”

It happens, though, in one of the country’s wealthiest regions. Silicon Valley has become a symbol of the growing income disparity in the United States. The area is home to some of the world’s best-known companies and a thriving technology ecosystem.

But there has been a dark side to that strong economy. Silicon Valley also has one of the country’s largest homeless populations. And working-class families are finding it harder to make ends meet in a place with such a high cost of living. (Second Harvest estimates that it takes an annual income of more than $82,000 for a family of four to pay their bills and put food on the table.) Second Harvest and the food pantries it serves have become a key part of the social safety net for those who are struggling financially. While tech companies sometimes are criticized for not being more active in the community, Saxton said he sees it differently. He noted that on a typical weekday, there will be corporate groups volunteering in morning and afternoon shifts.

“I’ve been here two years and I feel like I’ve seen just about every company in this area come help us,” he added. “I really think it shows how volunteering is part of the Silicon Valley culture. It’s just a high priority for companies here.”

As this morning came to a close, 566 boxes of apples and oranges had been neatly stacked on pallets — more than seven tons of food. Within 24 hours, that food would be on somebody’s table.

“Team-bonding events always are important,” Liang said. “But they mean something even more when you want to do something to help other people.” 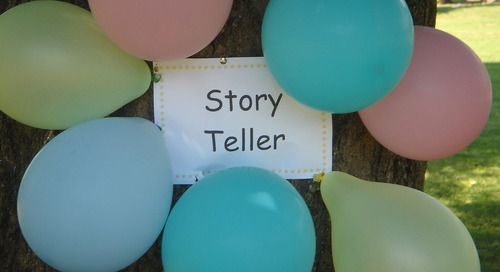 Every deal has a story to tell. And figuring out that tale is why sharp marketers are so focused on analyzi... 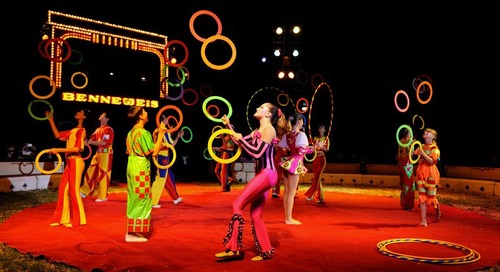 The Paradox of Multiple Attribution Models