My experience since graduating from high school ten years ago includes tenures in multiple departments within a state government office, two small local businesses, a large national corporation, and two non-profit organizations. After completing my first year at Pepperdine’s Gradziadio School of Business, I knew I wanted to intern in an exciting and rapidly evolving space that would continue to diversify my resume and skills. I began exploring the world of startups and eventually through connections was introduced to Adam New-Waterson, the recently hired CMO of LeanData. Adam’s unbridled enthusiasm for the company and the innovative space LeanData occupies was contagious, and I began work the following week. I walked into the office on day one expecting everything to be drastically different from my previous experiences, but instead I’ve discovered that LeanData, and startups in general, shared more characteristics with the non-profit world than I ever expected. Before starting business school, I worked at Half the Sky Foundation, a non-profit organization based in Berkeley that implements sustainable and scalable programs to educate and nurture orphans in China. The Berkeley office housed about 15 employees (although there are an additional 1500 in China), which was a similar size as LeanData when I started. As I settled into LeanData, I quickly realized that both offices have a similar culture, based around smart employees who work hard because they are passionate about their organization and its mission, but still maintain a relaxed atmosphere. Dress code in both offices is based on common sense (wearing your workout clothes isn’t encouraged) and taking time to play ping pong or take a walk is encouraged to clear your head.

The two organizations are always focused on being as fiscally responsible as possible. At Half the Sky, money saving measures are deliberated at every stage of brainstorming and implementation, while at LeanData, the company culture specifically mentions frugality and scrappiness. At the core, the reasons for being economical are similar. LeanData needs to promote to its prospects and financiers, and Half the Sky to its supporters, that it is efficiently managing its finances and deserves further cash inflow to foster growth and improve offerings.

One of my favorite aspects of working in such a small and malleable organization is that job functions follow that model as well. In both organizations, everyone pitches in wherever they can, unrelated to their official job description or department’s projects. At Half the Sky, aside from our graphic designer and videographer who were both overloaded with projects and constantly traveling, I was the only person in the Berkeley office with Adobe Suite knowledge. I came on board with proficiency in Photoshop thanks to my interest in photography, and began teaching myself InDesign on the job to better complete tasks graphic tasks I picked up. At LeanData, there is no job too big or too small for anyone. I was one of the last to leave the office on my first day, and as I packed up, I was startled by Evan, the co-founder and CEO, who popped his head out from under a desk. He had been on his hands and knees unplugging cords in preparation for a deep carpet clean that night. “Everyone else is busy with their day to day jobs, so things like this fall to me,” he explained, completely unfazed that few could imagine the founder of a successful company doing tasks that are often completed by minimum wage workers. It is spontaneous moments like these, especially by the executive team, that are most influential to define company culture, but this value is also instilled at the beginning of each employee’s tenure when they are asked to assemble their own chair on day one at LeanData.

On many projects this summer at LeanData, the desired end result was described to me and I had the opportunity to complete the task in a manner that best utilized my strengths and knowledge. Sometimes I realized after the fact that there was a more efficient manner to finish the work and other times I had to entirely revise or redo parts. However, I’m grateful for this, as there’s no question that I learned more through trial and error as compared to detailed instructions.

One of my main projects during the first two weeks of my time at LeanData was to rewrite the text and rearrange pages on LeanData’s website. It was a fun challenge to figure out how to describe a product that I didn’t know existed three weeks prior, but the task didn’t worry me because I assumed it would be heavily edited by the time the pages went live to the world. Imagine my shock when a company-wide email went out announcing the changes and I found that the vast majority of my work was unchanged from the original version. Knowing that the company trusted me to create content that nearly every potential customer would read at some point when deciding whether to pursue the product was a clear signal early in my internship that my work was valued and important to the company.

Before beginning my internship, I asked others who had made the jump from non-profits to tech about their experiences. They universally said the chasm was almost nonexistent and the transition was simple. My skepticism remained, but now I can see there was no reason for this. Like other similar companies, LeanData’s employees hail from extremely diverse backgrounds, but all have one similarity: they are committed to the organization and everything about it. This fosters a fun, yet productive, day-to-day culture for employees, and a successful and flourishing long-term culture for the company. It has been a true honor to be a part of LeanData this summer, and I know I’ll draw from the skills gained and lessons learned from this time as I move forward through my career.

Austin Freeman was an MBA Intern in LeanData’s Marketing Department during the Summer of 2015. 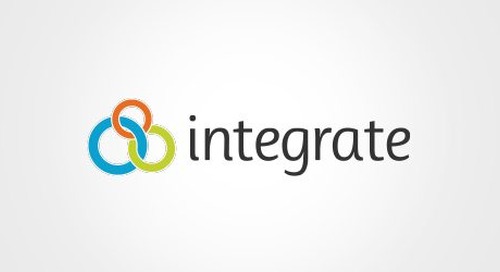 Keeping Up With Marketing Tech: interview With LeanData CMO

I recently had a chance to speak with Adam New-Waterson, CMO at LeanData, a marketing tech company creating... 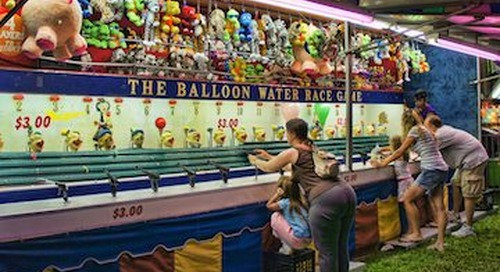 How to Choose Target Accounts

Remember the old-fashioned arcade game where the goal was to knock over as many ducks as possible with a po...