And all of that sounds good, in theory.

But here in the real world, ADRs spend too much time this way — sorting and reassigning large volumes of leads. They get stuck in tedious, mind-numbing tasks instead of doing the real work that will help them hit their quota numbers and grow the business.

“If your ADRs are reassigning leads for any reason that’s not moving a deal through the system, it’s a complete and utter waste of time,” said Brian Birkett, the vice president of sales at LeanData. “Your process is broken. It’s a drain on your reps and it’s slowing down your sales cycle.”

That’s why B2B companies are turning to LeanData as a key component of their technology stacks. LeanData allows ADRs to concentrate on starting conversations with potential customers and scheduling meetings for the closers — Account Executives.

LeanData’s Lead2Account matching algorithm is the foundation for turning sales development teams into high-performing engines. Leads are matched to corresponding accounts. Then, through LeanData’s Sales Accelerator solution, leads can be routed to the right sales rep for the appropriate action. They also can be directly converted into contacts. This process of connecting leads to accounts transforms front-line reps from glorified sales assistants into motivated hunters.

“LeanData automates the organization of the accounts to allow you to work faster and smarter,” Birkett added. “It speeds up sales cycles and expedites the process because there’s no more filtering or reassigning.”

Accuracy: Leads never get lost. They always get to the correct rep. There’s no confusion about who should be working a lead. “Within days of turning on LeanData, we had well over 95-percent accuracy of leads going to the right person,” said Bernie Macht, director of sales operations for Fincad. “We have almost no need for someone to pick up the scraps and manually assign something at the end of the day. I hadn’t realized how much time my team spent doing manual reassigns.”

“LeanData really does a great job of keeping everybody honest,” O’Malley said. “Sometimes reps just don’t realize that they’re making a mistake or are going after an account that they shouldn’t. When you bring in a lead with LeanData, it’s sort of your backstop for human error.”

Time: How do you want your ADRs to spend their time? Lars Nilsson, vice president of global inside sales at Cloudera, wants his reps looking for new business. His team has eliminated the time-consuming manual tasks of lead triage and transfer with Sales Accelerator.

“I’ve given hours in the day back to my team by using LeanData,” Nilsson said.

It’s a similar story at SalesLoft.

“Before, our front-line reps would have to spend the first two hours of the morning trying to determine what leads existed and whether or not they could even work them,” O’Malley said. “They would have to look up each lead. It would go through three or four people. The prospect wouldn’t get a responsive call back from one of our lead reps. So we’re definitely buying time with LeanData.”

Speed: Studies have shown that responding to leads immediately can make all the difference. The most memorable research was a landmark insidesales.com study that found the odds of a qualifying a lead increased by 21 times if there was a response within five minutes versus 30 minutes.

But that doesn’t happen if leads end up in a digital holding cell — waiting for a rep to go through them and decide if they’re important.

Leads grow cold fast. So you have to react faster.

Productivity: Sales reps won’t get bogged down with leads that don’t matter. For instance, leads from partners, customers and competitors can be immediately converted. This ensures that ADRs will focus on new business. Also, reps won’t become entangled in opportunities that already exist in the pipeline.

“Our team ends up following the much more relevant leads and they don’t get in the way of conversations with our active prospects,” Nilsson explained. Context: With complete visibility to all of the information about a target company, an ADR can always make the best decision. LeanData ensures the complete data is in one place — within accounts.

“You often hear people in sales talk about ‘crap’ leads from marketing,” Birkett said. “But often that isn’t the case. The leads just might be in the hands of reps who don’t value them. From a rep’s viewpoint, if it’s not something that’s going to help them hit their number, it’s a bad lead. It’s demoralizing. But we make sure the right leads go to the right reps. Everyone is on the same page.”

It all comes down to activity. Doing less irrelevant activities means ADRs can concentrate on the actions that drive their careers and sales team efficiency.

LeanData unleashes the pack of hunters. 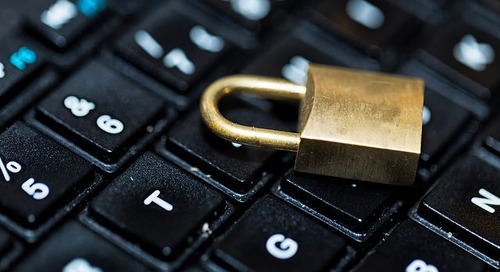 Safe and Secure with LeanData Solutions

Your company data is precious. Nobody understands that better than LeanData. And that’s why your business i... Solving the Riddle of Marketing Attribution

This is a story that begins at the end. An important deal has closed. The gong has been rung. The celebrati...