Navigating the World of MarTech Tools

Evan Liang has a background in venture capital, so he’s no stranger to epic boom-bust cycles of the tech world. He has learned, sometimes the hard way, that what expands quickly can also pivot 180 degrees and shrink just as fast — sometimes even faster.

So he doesn’t get overly excited during good times or especially worried when the economy is looking grim.

“And MarTech is clearly in a boom,” said Liang, the CEO of LeanData. “But the pendulum will swing the other way. It’s inevitable. So I try to stay on an even-keel, which can be a little harder to do right now.”

That’s because the MarTech sector has become inundated with an astounding number of technology solutions. Every aspect of the revenue-generation process is being disrupted by SaaS products that boost efficiencies and unlock insights. In some ways, it’s like the Wild, Wild West. While there’s no such thing as the “perfect” technology stack, countless tools are on the market so that businesses can design systems unique to their needs.

The downside is that the MarTech terrain is much more challenging to navigate. How do you determine which software solutions are the real difference-makers when the choices are endless?

“Too many of the tools out there just aren’t must-buys,” Liang said. “That’s because you can’t measure the ROI for an organization. There are some solutions, and maybe even some entire categories, where the value just hasn’t been proven. There’s a lot of overpromising and underdelivering going on.”

That’s why Liang believes buyers — even in these good times — should be paying close attention to two things when they’re evaluating software tools:

Renewals: Everyone is chasing The Next Big Thing. But that also means we can end up chasing the latest fads that will be gone tomorrow.

“What I see in the MarTech world is a lot of companies are feasting off trials because people are willing to experiment with technologies right now,” Liang said. “But those businesses are churning through customers. Yes, they’re getting anyone and everyone to try their product. But they’re not getting renewals.”

He believes the best measurement to track with a potential vendor is not how many customers it has, but rather how many are renewing. Businesses that demonstrate they have happy customers who are opening up their wallets, year-over-year, are the ones proving their value.

References: Liang said if he could offer one piece of advice, it would be this — simply ask for references. Vendors tend to tell you what you want to hear. Customers will tell you the truth. They can offer the real insights, peer-to-peer. Yet what ought to be a common practice, actually isn’t.

“I’m constantly stunned that not many people ask us for references,” Liang said. “And I would encourage people to ask for references from customers who have used the product for more than a year. You want to talk to someone who has had to justify that expense in their budget, over and over again.”

That idea of customer advocacy, of course, traces back to his point about renewals. Asking the opinion of someone who has been using a product for three months won’t tell you anything significant. You want someone who can speak with authority about how the product has evolved over time, the responsiveness of the customer success team and, yes, ROI.

That’s something to remember when evaluating the Johnnies-come-lately in MarTech. (And, yes, there are thousands of them.)

The exciting part of the tech revolution is that old-school business processes are being completely transformed. Liang notes that the company he co-founded is part of that trend by innovating lead routing — a foundational, but less-than-sexy function that drives sales and marketing success.

“Lead routing has been around forever,” he said. “But we think we have a way to make it 10x better. We can demonstrate to our customers that we do what we claim, so we deserve a reason to exist. That’s why I say renewals are what really matters. That shows we’re delivering for our customers.”

And that way, when the economy inevitably does cool, businesses will feel confident that they bet on the winning technologies that help them weather the tough times.

To read the other two articles in this three-part “How Much Is Too Much in MarTch” series, visit here and here. Trend Toward a Lean Technology Stack

Masha Finkelstein has a simple philosophy when it comes to evaluating software solutions to boost her marke... 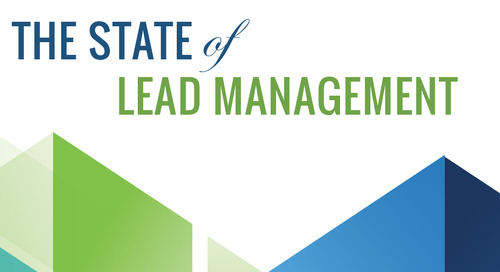 Research firm TOPO specializes in studying the fastest-growing companies in the world, looking for common t...