You’re in pain. You want relief. Now. There’s trouble in your sales process. It’s hurting the business . . . and left you with a throbbing headache. That’s why you’re evaluating sales tools from vendors who claim their products will help you start sleeping at night.

But while you’re focused on fixing the immediate problem, there’s something else to consider as well.

“Solving the issue today certainly is the priority, but you also need to think down the road,” said Kelsey Barber, the Salesforce administrator at Datanyze, a sales acceleration software company. “You’re always asking: ‘Are we going to outgrow this? Is there other functionality to a tool that we don’t use now, but we might take on later?’”

A dizzying array of choices are now available when it comes to technology tools. It can be like walking down the aisles of big box hardware stores. There are, at least figuratively, shelves and shelves of tools available. More are coming into the market all the time, too. They’re simply filling the need to help weed out inefficiencies in the sales process. And in a way, that explosion of products is validating the importance of the sales operations role — the people who wield those tools.

Dhiraj Singh, the inside sales and operations manager at real-time memory database company MemSQL, said that not long ago there may have been 50 vendors. But Singh recalled how at a recent sales ops event, Craig Rosenberg, co-founder of the research firm TOPO, provided a new number of companies focused on just sales technology: 500.

“The evaluation process is just crazy,” Singh said. “If I want to send emails automatically to people, there used to be just something like Marketo. But now there are 20 or 30 vendors who do that with just slightly different functions. It’s not that one is necessarily better than others. It’s just which one works best for you. It’s a good problem to have. But it means that there are so many more options.”

It’s easy to become a shopaholic.

Added Barber of the dilemma: “There’s a lot of tools that you look at and say, ‘Well, this would be cool to have.’ But that’s not the same thing as need to have.”

But Barber and Singh are among those who add that you also have to look at the bigger picture. A short-term fix is not a real solution.

“The product road map is a key part of the selling process, at least for us,” Singh said. “We’re always asking a lot of questions about what’s coming out in two months or in six months. That matters a lot, especially when you’re scaling. Once you really start expanding, we have to think about if a specific technology will be where we want it to be in the future.”

Alex Miller, sales operations manager at messaging startup Zinc, echoes that sentiment. While they might have a relatively small team today, Miller said they have big plans for expansion. That’s why when he’s looking at a product, he’s always asking: Will it deliver the same value when we’re larger?

“No one likes having to rip out a tool and replace it with something else,” Miller added. “That’s just a huge distraction for your sales team. Implementing a new tool takes time away from their jobs. That’s why I’m a huge believer in the idea of measure four times, cut once. I want to know if their product map is going in a completely different direction from us.”

Nobody has a crystal ball, though. There are no guarantees in business. That’s why many sales ops professionals are looking for something else in vendors.

“Honestly for me, it comes down to the relationship,” said Jonathon J. Leon Guerrero, who runs sales operations at LeanData. “I’m trying to figure out: Will this company be easy to work with?”

In other words, will they follow through on the promises made about being a good partner.

“I want to work with a vendor who feels invested in our own success,” added Miller of Zinc. “How is their customer success team going to help us in implementing? Who will be available when we need something? Or are we going to be on our own?”

Barber, of Datanyze, added that while it’s important that a tool be customized for their business, she also wants to know that it will be adaptable as the business changes. That comes down to relationships and, ultimately, trust.

“Oftentimes you can listen to their vision of the future and try to see if that matches up with what we think our needs are going to be,” she said. “It’s possible that one of their competitors is taking a different direction that’s a better match for you.”

But you won’t know unless you ask good questions during the evaluation process.

“And that’s the exact time to have that discussion,” she added. 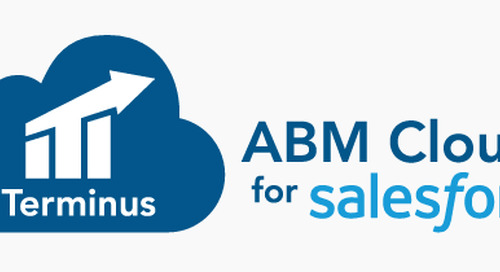 LeanData will collaborate with more than 30 other companies to help marketers build ABM technology solution... 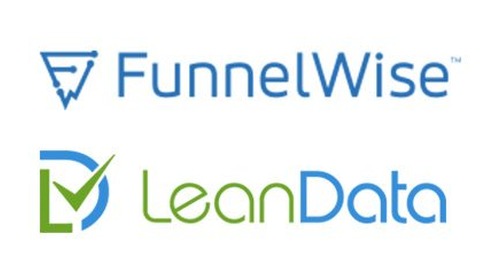