Tapping the Brakes in Silicon Valley When cloud software company Atlassian celebrated a banner IPO this month, there was a noticeable sigh of relief throughout the tech community.

Shares surged 30 percent in the firm’s market debut. And it served as a counterpoint to the increasingly gloomy talk about the precarious nature of stratospheric valuations for private technology startups. So, yes, the last tech IPO of the year was encouraging.

Atlassian, however, may be an exception that proves the rule.

“The basic math is going to cause a crunch there . . . Being a unicorn is really an albatross.”

But let’s back up for a moment. An explosion of venture capital has swelled the ranks of a new class of private billion-dollar startups known as the “unicorns.” In turn, companies have poured much of that money into feverish growth strategies with the goal of long-term success. But as 2015 progressed, signs mounted that the numbers behind the valuations may not add up.

Meanwhile, some tech luminaries have voiced concern about what they’re seeing. John Doerr, a partner at Kleiner Perkins Caufield & Byers, recently noted at a San Francisco conference that Google has acquired one company a week for the last five years. But only on five occasions has Google paid more than $1 billion for an acquisition. So while unicorns aren’t going public, getting bought won’t be a likely exit strategy for most of them, either.

“The basic math is going to cause a crunch there,” Doerr told the audience. “You expect there is going to be a great coming disaster there.” He added: “Having a $1 billion valuation can be a real problem. Being a unicorn is really an albatross.”

Meanwhile, there is doubt about the strategy of spending more than you earn on the relentless quest for growth. Any startup that has been making the fund-raising rounds in recent months has seen a shift in tone from venture capital firms. They want to see a clear pathway and timeline for turning a profit. In short, companies growing their way to profitability is falling out of favor.

All of that helps explain Atlassian’s IPO. The bootstrapped company doesn’t fit the profile of other high-flying private tech businesses. Founded in 2002, it has been profitable for a decade. It’s known for spending heavily on research and development rather than sales and marketing. In other words, it’s not a cash-burning machine.

Scott Farquhar, who started the company with Mike Cannon-Brookes, told Forbes they had a much different sensibility about slowly growing their company that maybe comes from being based in Australia.

“Mike and I joke that there must be an IPO 101 class taught in Palo Alto somewhere,” Farquhar said. “We didn’t grow up in Silicon Valley with IPO preschool. We had to focus on a sustainable company.”

Surprisingly enough, that makes them unusual.

“Atlassian is a one-off company,” said Brenon Daly, a research director at 451 Research in an email. “So its successful offering doesn’t add any momentum to other IPOs. Not unless those candidates share (Atlassian’s) amazing financial profile: profitable, growing 50 percent on a $300 million base . . .” Or as the vocal Bill Gurley, Benchmark’s general partner, needled in a Tweet: “All profitable Unicorns, head to the exit! Oh wait . . . are there others?”

Business observers interviewed for the series said they have seen signs that the brakes are being tapped on the speeding Silicon Valley economy. Some of it is being forced on businesses with the tepid receptions of tech IPOs this year. But some companies are right-sizing their head count (see Twitter). Other businesses are tempering expectations or announcing that they have stashed away enough VC money to cope with any downturn.

Should a correction occur, Daly said, companies will find themselves navigating a much different landscape. When capital is flowing free, businesses don’t worry as much about what they spend for what they get, he explained.

“But that’s beginning to change,” Daly added. “There now are unicorns that have had layoffs. They’re beginning to feel those pains of growth. There’s an adjustment coming, and I would suggest that we’re seeing some early indicators already as we close out 2015. But I think it’s going to be more common in 2016.

“We’re heading toward a more realistic velocity for their businesses.“

So the year is ending on a high note thanks to Atlassian. But if the music does stop playing, it seems likely that some tech companies will be caught without a chair. “There’s a Naive Understanding about What Attribution Really Means”

The role of marketing has changed dramatically in recent years. And no, that’s not exactly a news flash. Bu... 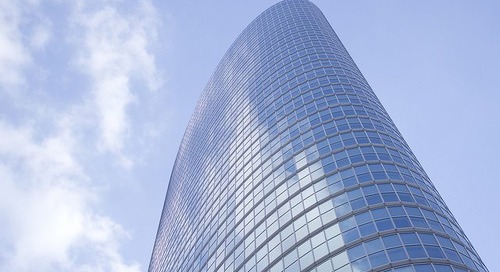