Home » Routing Rules! LeanData's Sales and Marketing Blog » The importance of a symbol
× Share this Article

The importance of a symbol So, it begins with a chair. Actually, that’s not quite accurate. It starts with a large brown box containing the pieces of a basic desk chair: Arms, back, seat, wheels and so on.

The very first task for new hires at LeanData is an unusual one. You’re asked to build your own chair.

Glad you asked. The short answer is that helping set up your workspace is considered a rite of passage. But there is, of course, a deeper explanation that goes beyond proving you can decipher rudimentary furniture instructions and use a small hex wrench. And the reason says something important about how a young startup decides to go about creating a work culture and establishing company values.

In this case, a chair is not just a chair. It’s a symbol.

“Smart companies look for ways to imprint a culture that highlights their values,” said Leslie Berlin, the historian for the Silicon Valley Archives at Stanford University. “They understand that they want to represent something more than just what they’re creating and selling. So building a chair fits right into that. It represents a common experience that everyone at a company will have shared, and you’re just the latest. Welcome aboard.”

Berlin got it right with her description of a shared experience — at least in the case of LeanData, which is focused on simplifying the B2B sales process through data-driven marketing. The chair exercise firmly is rooted in the backstory of the three-year-old company.

When LeanData launched, it was based in the living room of Kelvin Cheung, the co-founder and chief technology officer. And when you think about it, that’s about as Silicon Valley as you can get for a startup. But as the company began to grow and new employees joined, the moment arrived for real office space.

“On that first day, everyone was unpacking the furniture, and building desks and chairs,” said Chief Executive Officer and Co-Founder Evan Liang. “And it just felt right. It’s a startup and we all do everything. So we made it a tradition — building your own workspace. It’s a nice place to start because it captures what we want the company to represent. We’re entrepreneurial, frugal, scrappy. Nothing is beneath all of us.”

Long-time Silicon Valley observer and technologist Paul Saffo noted that “great moments in office culture” always include how Amazon founder Jeff Bezos repurposed doors into desks during that company’s early, hardscrabble days. It’s worth pointing out, he added, that Amazon now is celebrating its 20th anniversary.

“Every startup has its equivalent of the doors-to-desks story,” Saffo said. ”The most valuable symbols are the ones that happen by accident, grow organically and ultimately deliver the most important message. Those are the ones that provide a tacit understanding — the unspoken company norms — about how things are done and not done.”

Even the no-frills style of the chair makes a subtle point. This is not an Aeron — the pricey designer office chair that now is part of the Museum of Modern Art’s permanent collection.

“I don’t think we’ll ever be a company that has those,” Liang said. “That’s not just who we are or how we think.”

Here’s what LeanData is: A technology firm focused on simplifying lead management so the sales and marketing teams of companies can focus on closing deals. LeanData is at the forefront of the emerging account-based marketing space — building, if you will, a new way of thinking about how companies should be creating relationships with one another.

But back to building the chair. In my case, help was required when it came to sliding the back into the adjustment mechanism.

“Yeah, this part is tricky,” said a new colleague from sales who came over to assist in a we’re-all-in-this-together gesture. “I had the same problem.”

And, miracle of miracles, the chair held together in one piece.

Every company, Saffo said, likes to think that it has a strong sense of core beliefs. Often they even are put into words. But he tends to be skeptical of mission statements and long lists of values. He puts more stock into deeds.

“The way real cultures develop — the ones that matter — is through actions,” Saffo added. “Those are the stories that eventually get passed down as company lore.”

Meanwhile, the hex wrench that came with the chair was deposited in a plastic bin. It’s filled with a growing number of used furniture tools. 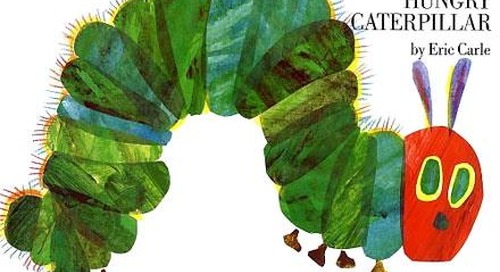 As recently posted on LinkedIn By Brian Birkett Go forth hungry caterpillars Everyone knows the story from ... 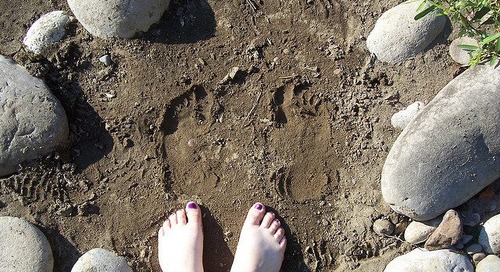 If you want to make a lasting impression with someone, tell them a story. Sangram Vajre understands this. A...