The Tactics Behind Driving the Right Conversation This is part two in a series, Driving the Right Conversation.

There’s a difference between just talking and having a real conversation.

That might sound like a small distinction. But it’s not. And in the B2B world, that can be the difference between closing a deal and the frustration of watching it slip away.

In an earlier blog post, LeanData explored the challenge salespeople and marketers face creating consensus among buying committees of potential customers. An average of 5.4 influencers must reach agreement in order for a B2B purchase to happen, according to CEB. And since that research came out, other surveys have estimated the number of decision-makers involved has grown even larger. But whatever the number, getting everyone on the same page is crucial to pushing a deal forward.

The problem, of course, is that those committees can talk and talk without ever making a decision. So, how can those words be transformed into action?

“You need to ask yourself: ‘Who are all of those people and what is the specific conversation that I want them to have with each other?’” said Adam New-Waterson, the chief marketing officer at LeanData. “You have to push them toward a resolution. If not, they will sit there and do nothing. They won’t even answer your phone calls. They certainly won’t make a decision that is difficult and requires political capital.”

Identifying Influencers and Their Pains

Sales and marketing pros know the drill. Determine your Ideal Customer Profile (ICP). Establish a list of target accounts that represent best-fit companies for your product or solution. Create detailed personas of the individuals that need to be part of that buying committee. Then find the real humans who match those fictional personas within the target accounts. You can’t guide the conversation until you know who needs to be talking. Don’t try to orchestrate the entire sales process. Instead, start with bite-sized projects. Identify the “leaky” places in your funnel where you are losing opportunities. Figure out how to nudge stalled deals to the next stage.

You have to walk in the shoes of each stakeholder identified in your buying cycle. What are their headaches, challenges and struggles? “You have to think about their concerns and needs in really specific ways,” New-Waterson added.

Write all of this down. Seriously. It will help you immensely later on when you are creating content and messaging to start each of the needed conversations. For instance, New-Waterson said there are six characteristics that help LeanData formulate specific questions to help drive those discussions.

Creating consensus means ironing out differences. That requires surfacing the inherent clash of perspectives within that buying committee. Yes, that might sound counter-intuitive to bringing people together. But there’s a healthy tension inside every company based simply on job roles. The CMO needs more budget. The CFO is stressed out about the burn rate. The CIO is fixated on security issues. It’s a mistake to ignore that natural conflict of self-interests. That’s because there are risks involved in any decision — especially on big-ticket purchases.

And remember, the easiest decision to make is to take no action at all. But that sense of risk also can be used to create urgency when those internal squabbles are put on the table. Raising issues that committee members perhaps didn’t even know they were experiencing can motivate action.

New-Waterson puts it in similar terms: find the conflict. Plant seeds of doubt about how their company could be left at a competitive disadvantage. Emphasize FOMO — Fear of Missing Out.

“Then we’re trying to educate them on how their pains can be solved,” he added. “We want to arm everyone in that committee with the tools they need in order to have a productive conversation that results in my product being the outcome. It’s all about motivating them toward a resolution.”

Construct a spreadsheet consisting of the personas you want to engage and their concerns. Next, take stock of your relevant content — webinars, surveys, white papers, case studies and so on. Grid it out. Is the content there to fill in each box? Perhaps there are areas where you don’t need to create new material. For instance, maybe you can plug a hole with information tailored for a CFO by writing a detailed email. “But there are probably gaps in your content library,” New-Waterson said. Those need to be addressed.

An analyst’s report could provide the necessary proof to address the concerns of a CTO. In other cases, maybe it’s not even about content. It could be arranging a phone call between your CEO and a key executive in the account to grease the skids.

“It’s not a game of ‘fill-in-all-the-boxes’ like it’s a bingo board,” New-Waterson added. “There can be holes. But you want to fill in as many as you can.”

Now that content drives the conversations. The touches can vary — email, phone calls, direct mail, events, social media. But they are used strategically to guide prospects toward having the exact discussions you want. New-Waterson’s presentation at a recent #FlipMyFunnel conference gave an example of how messaging can be shrewdly choreographed. Included in the content sent to a mythical HR director was “Three KPIs You Need to Know about Benefit Trends.” Meanwhile, information about “What Your Head of HR Should be Reporting” was sent to the CFO. Neither was by accident, New-Waterson explained.

“So maybe when they talk at the water cooler, and the CFO will ask about what the head of HR is tracking,” he added. “She might say they know what KPIs they need to be monitoring, but they’re having difficulty with one. And it just happens that your product can help solve that problem. This is just a more sophisticated way to drive conversations among your prospects.”

That isn’t the end, of course. This will plug a single hole and hopefully push prospects one step closer to a deal. Yet the modern buyer’s journey can be filled with a countless number of these moments. But the goal is that the cumulative effect of these smaller chats will ultimately result in the purchase of your product or services. And that will only happen after a real conversation.

Read the earlier blog post Driving the Right Conversation here. And read the third blog post in the series The Fear of Missing Out here. To learn more about evaluating your past successes and how you can easily launch campaigns targeting specific accounts, request a demo of LeanData Clarity. 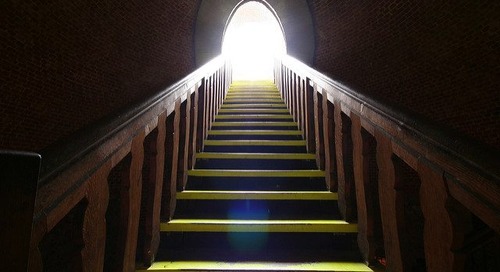 Lead-to-Account Matching Is Only the First Step

Chances are you’ve been hearing a lot lately about “lead-to-account matching.” It seems like there are more... 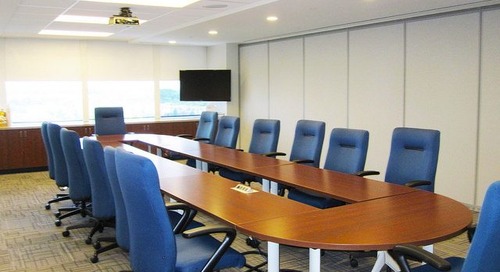 One kitchen. Many cooks. A recipe for disaster. It’s a familiar tale. And not just for chefs. A group of we...