Home » Routing Rules! LeanData's Sales and Marketing Blog » Welcome to the Age of the Unicorns
× Share this Article The unicorns of mythology were creatures believed to possess magical powers. They were rare and seldom seen.

The unicorns of Silicon Valley travel in herds and seem to be everywhere. They are the business world’s version of the Kardashians – constantly in the public eye.

These are the privately held technology companies whose purported valuations have swelled to the dizzying heights of $1 billion and more. When the term was coined in 2013, they still were relatively uncommon. (Hence, the unicorn moniker.)

“I struggle with valuations because clearly for a lot of these unicorns, their value is not related to profits.”

The Wall Street Journal and Dow Jones VentureSource has 132 companies in its billion-dollar startup club while CrunchBase places the total at 156. And their ranks continue to swell because a record amount of venture capital financing keeps pouring into the tech space as ravenous investors fear of missing out – known as “FOMO” – on the next ultra-successful business. So much money has been sloshing around that another buzzword even emerged for companies valued at more than $10 billion – the “decacorn.”

At the same time, a spirited debate continues to rage about whether hype has outpaced reality and if these valuations are just as mythical as the four-legged unicorns.

For many veteran Silicon Valley watchers, the market for these startups is becoming too frothy and creating a growing sense of unease that history may be repeating itself. They see disquieting reminders of the dot-com rise and fall – wondering if privately backed tech startups will be able to make good on the sky-high expectations of investors. “Everybody is betting that these folks are going to hit home runs,” said Rob Enderle, principal analyst at the Enderle Group, which tracks the technology industry. “But it’s like taking a rookie and saying they’re going to be Babe Ruth. Well there was only one Babe Ruth. It just seems like a wacky gamble to me because crazy money is being pumped into these companies. I struggle with these valuations because clearly for a lot of these unicorns, their value is not related to profits.”

In fact, recent markdowns have raised red flags. For instance, messaging service Snapchat was discounted 25 percent by mutual fund investor Fidelity and file storage giant Dropbox was devalued by asset manager BlackRock. Also, the tech IPO market has dwindled this year. Companies that have braved the public waters often were priced below expectations – including the recent IPO of mobile payments company Square.

Ken Elefant, an Intel Capital managing director, blogged that he was surprised that a market correction hadn’t yet occurred – and that was in July.

“Make no mistake: there is serious danger ahead,” Elefant wrote. “In the name of unicorn chasing, investors have gone from valuing companies based on fundamentals to valuing them based on near-term future revenue growth, and then blowing past that measurement to where valuations now are being based on several years of projected revenue growth. This is no way to run a business, let alone a financial market.”

Yet on the flip side, a recent report from CB Insights and KPMG found that through the first nine months of this year, $98.4 billion had been invested in VC-backed companies – an 11-percent jump compared to all of 2014. There were more than 170 financing “mega-rounds” of $100 million or more. And 23 additional billion-dollar private businesses were minted in the third quarter alone.

Winter is coming? That sounds more like an insatiable appetite.

“Anytime we expect a slowdown, it doesn’t happen,” said Matthew Wong, a research analyst with CB Insights. “Despite all of this hoopla surrounding mutual fund markdowns, there’s still so much money available to these late-stage companies. I don’t think we’re going to see any drastic or notable downturn anytime soon. It clearly hasn’t slowed down yet.”

Ben Ling, who specializes in early-stage investments at Khosla Ventures, said a recent USA Today podcast that there will always be some level of guesswork involved in valuing private companies. “It’s more art than science,” he said.

What complicates this picture is the changing nature of the private equity landscape. New players like mutual funds, hedge funds and international investors have been pumping an unprecedented amount of cash into companies – inflating their estimated worth. So businesses don’t feel a pressing need to go public when they can avoid that increased scrutiny and reporting by essentially staging private IPOs with these massive funding rounds. As long as this mix of cross-over investors continues, CB Insights’ Wong added, the market for venture-backed capital should remain healthy.

Brenon Daly, a research director at 451 Research, has a different view that he succinctly sums up this way: “Markets correct.”

He noted that these valuations mean only that some investors think companies are worth $1 billion or more. He also sees the new money as an artificial influx of capital that’s unsustainable. Daly stressed that he’s not envisioning something like “every unicorn is going to become a uni-corpse.” But a chill in the market is inevitable.

Daly added that he’s also not alone in this assessment. His research firm recently completed its bi-annual M&A Leaders’ Survey conducted with Morrison & Foerster of 200 corporate development representatives, including CEOs and CFOs. The finding that stood out to him is that 52 percent of participants believed private companies would sell for less next April than their current valuations.

“That number was an all-time-high reading,” Daly said. “And these are the buyers – the ones who determine the real value. They’re saying: ‘I’m not going to pay more.’”

But for now, the unicorns are hardly an endangered species. Instead, the herd is still growing.

“How many more unicorns can we expect to see?” asked Wong of CB Insights. “That remains to be seen. Eventually it’s going to have to end. The question is when that happens.” 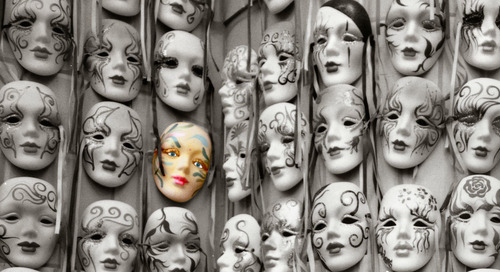 Why Growth at All Costs Is Coming to an End

The outspoken Bill Gurley never has been one to sugarcoat what he thinks. And he was typically blunt at a W... 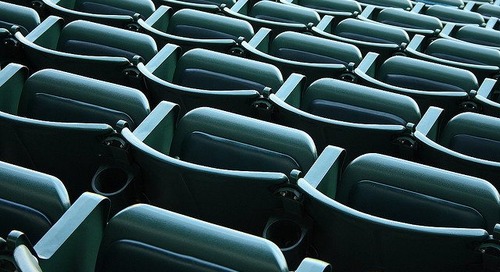 In a previous professional life, I was a newspaper sportswriter. One of the fun parts of that job was being...