For the longest time, Jonathon J. Leon Guerrero had trouble figuring out just the right analogy to help explain what he did in his job. After all, who really understands what you mean when you say, “sales operations?”

But he finally decided that it’s like being the offensive coordinator on a football team.

“You’re not in the game, but you’re calling the plays for sales,” said Leon Guerrero, who oversees sales ops at LeanData. “Salespeople can be like quarterbacks and call audibles sometimes. But you’re still the one designing the overall process for them.”

It’s an imperfect comparison, he admits. But sales ops is such a new role in business that Leon Guerrero and other practitioners are still struggling to find ways to describe what exactly they do. It’s the fireman putting out sales fires . . . It’s like the swim coach who keeps the sales team in their own lanes . . . It’s the puppet master pulling the strings from behind the scenes . . . It’s the sales team’s guardian angel.

“My parents still ask me that every week,” joked Dhiraj Singh, the inside sales and operations manager at MemSQL, a real-time memory database company. “But I’ve come to view it as very similar to product management. I look at the sales team as my product, and I manage them to make the team more efficient. There are all of these technologies and methodologies now that allow us to look at sales in a different way. My role is all about improving the process.”

This much is clear: Welcome to the Sales Operations Era.

Sales always has been the art of persuasion. Now, it’s also analytics. And no, this might not be a news flash. Yet it’s still remarkable to take a step back and see just how dramatically B2B sales has changed in the matter of a few short years. Today, there are more companies with highly structured inside sales teams. There is more data available and more tech tools to accumulate it.

As a result, there is a need for somebody to manage the entire sales technology stack to derive insights and ensure that sales leaders receive the best information to make the crucial decisions that allow them to get the most from their teams. Hello, sales operations.

“It all comes down to data,” Leon Guerrero said. “Sales reps need to be out there closing deals. But you need someone focused on these data questions. Why did some deals close while others didn’t? Are all of our leads being equally distributed to the sales reps? You want a formula. The reality is that salespeople are only part of the process. They don’t necessarily understand why something happened.”

Craig Rosenberg, the editor of the popular Funnelholic blog, has had a front-row seat to the emergence of sales operations. Most sales leaders, he said, are good with people and constructing deals. But sometimes their strong suit is not reporting, analytics and forecasting. And even if they do have those skills, managers simply can’t do everything themselves that’s required to create a modern, hyper-efficient sales machine.

That’s why the smart ones have trusted lieutenants who fine-tune that increasingly complex engine and reveal insights that help the sales team reach greater heights. By taking all the process-oriented tasks off the plate of salespeople, they can focus on what they do best — sell.

“They are the hidden keys to a sales team,” added Rosenberg who also is the co-founder and chief analyst of the research firm TOPO. “It’s why VPs of sales are bringing these sales ops people with them wherever they go. They’ve become foundational for success in a sales organization. They’re a partner in crime that every sales leader needs. They’re like the fixers. They’re smoothing out roadblocks. It’s beautiful what they do. The sales leader gets all the glory, but they know full well who is helping make it happen.”

There has always been someone in an administrator role who dealt with issues like territories, compensation and a multitude of other tasks required to keep a sales team running smoothly. But as sales evolved from rolodexes to spreadsheets to CRM systems, the position became more technical . . . and more vital.

Peter Kazanjy calls it the “engineering of the sales process.” Kazanjy, an entrepreneur and founder of TalentBin, created the Modern Sales Pros group a year ago in hopes of building a community for sales ops pros. The invitation-only group has grown to 500 members.

“The way sales teams used to be run was, ‘We’re going to hire as many folks as we can, we’re going to motivate them, and we’re going to tell them that we’ll fire them if they don’t hit their numbers,’” Kazanjy said. “That was the historical sales leader. Now it’s more about being a systems thinker and an analyst. Personal relationships and persuasion are still important. But it boils down to right brain versus left brain. You need both. And I think of sales ops as the human representation of the sales organization’s left brain.”

That’s why Kazanjy has written: Willy Loman has, indeed, died.

In the place of the “Death of a Salesman” character has been the birth of a technically savvy sales team member. But the role is in its infancy. Job responsibilities can vary widely from company to company, handling everything from assigning leads, reporting, maintaining dashboards and, of course, overseeing Salesforce.

“Sales ops is this loose term that’s still being defined,” said Jin Daikoku, the director of inside sales at cloud app security company Netskope. “It can be a pretty wide umbrella. But sales ops is becoming a need-to-have piece of the process because we’re all moving toward being more data-driven and using that data more intelligently.”

The common thread of everyone in sales operations: they are the problem-solvers.

“At most companies, salespeople are the stars,” said Leon Guerrero. “But the sales ops people can help bring out the best in them. You’re in a position to see the bigger picture. Sales isn’t just about the act of selling. It’s about all of the activities that might lead to a sale. You want to analyze all of your results and figure out how you got there. What went wrong? How could we have done things differently? You need to have someone who has the answers.”

And if you don’t have those answers, then you figure it out. 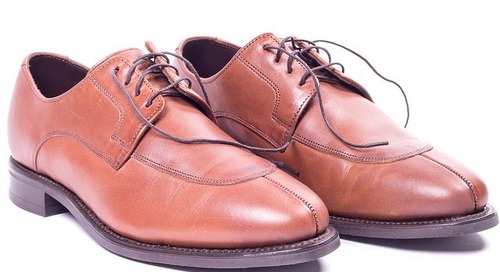 Like many people in the tech industry, Dhiraj Singh got his start as a front-line Sales Development Rep. Th... 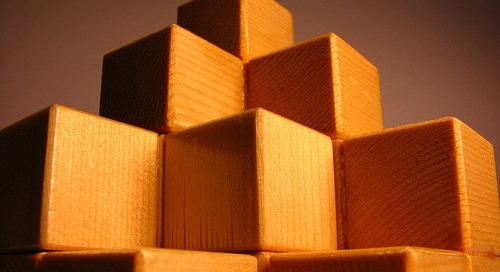 At some point, Scott Brinker began to notice a familiar pattern at business conferences. Each time a market...