Home » Routing Rules! LeanData's Sales and Marketing Blog » Why a Sales Kickoff is Important to the Bottom Line
× Share this Article

Why a Sales Kickoff is Important to the Bottom Line Over the years, Brian Birkett has attended company sales kickoff events where he listened to the wisdom of sports figures like Terry Bradshaw, Lance Armstrong, Mike Singletary and Tiki Barber. But the person who made the biggest impression was a relatively unknown high school football coach from Nebraska.

“He stressed that you should look at every day as an opportunity, and that’s something that always stuck with me,” said Birkett, vice president of sales at LeanData. “That philosophy just fits with the way startups do business. It’s always good to be reminded why you’re doing something, and that’s the best thing about kickoffs.”

Kevin Kush coaches at Boys Town, the school famous for helping troubled youth. He also is a corporate speaker — preaching a message of teamwork and fighting through adversity. Kush has seen first-hand how companies benefit from kickoffs that leave business professionals feeling good about themselves and what they do.

“I’m a firm believer that everyone needs their tires pumped up from time to time,” said Kush, the author of three books. “When you run an organization, you owe it to your employees to every once in awhile bring everyone together, listen to your tremendous story and maybe even help you become a little better person.”

July is a month when companies traditionally hit the “pause” button, bring the troops together, reflect on recent success and chart a course for the coming months. Kickoffs can be equal parts pep rally, celebration and training session.

“The core objectives of any sales kickoff should be to motivate, reinforce team camaraderie and to clearly describe a vision,” said Andre DeRussy, vice president for mid-market sales at music-streaming company Pandora.

But the only way you can really do that is to step away from the daily grind of the usual work schedule, said Peter Kazanjy, co-founder of TalentBin, which later was bought by Monster Worldwide.

“Sales very much has a cadence to it,” said Kazanjy, who is writing a book called “Founding Sales” about his TalentBin experience. “When folks are in the moment, they’re likely to say: ‘Don’t bother me! I’m selling!’ But kickoffs are important because you just need to stop, think about the reasons why you’re kicking butt, examine your soft areas and get excited about the future.”

Kickoffs come in all shapes, sizes and price tags. They can be multi-day extravaganzas at ritzy getaways like Las Vegas, featuring celebrities and business titans. Or they can be as simple as folding up the office ping-pong table and having everyone pull over their chair to listen to the executive team.

Darren Johnson, head of sales at the big data company BloomReach, has been at both ends of the spectrum — from growth startups to Adobe — during his 16 years in sales management. He said that no matter what the style, the substance of the message is the most important element.

“Each company has a different flavor, but every sales kickoff really is just a stake in the ground,” Johnson said. “Changes are happening continuously, and you just need to take stock, develop your war cry and build an esprit de corps.”

Part of that change includes how kickoffs themselves have evolved. It’s no surprise that Silicon Valley would be leading the way when it comes to innovation. Once an annual event, companies like BloomReach and LeanData now hold them twice a year.

“We’re all moving so fast,” Johnson said. “Things like marketing automation and software as a service are changing so quickly. So you can’t do one of these events just once a year. You really have to nail down where you’re going as a company. It’s a really, really healthy exercise.”

Pandora and LeanData place an emphasis on collaborative activities such as breaking into teams and creating mock pitches on new products. Johnson has found that the biggest morale-builder can be inviting customers to come talk about why they decided to chose them over a competitor.

Speakers, such as Kush from Boys Town, have value because they can speak to universal truths.

“I always say the same thing, whether I’m talking to my players or a Fortune 500 company,” Kush explained. “Every organization is a team. Nobody functions on their own. Everyone needs feedback to get better. We all need to be reminded that we have an effect on everyone we encounter each day — positive or negative. You get to choose which it will be.”

There’s a reason, LeanData’s Birkett said, why speakers often come from the world of sports. Kickoffs essentially are pep talks. You’re in the locker room. The game is about to begin. Here’s the game plan that will take us to victory.

“In sales, you’re always keeping score,” Birkett added. “So a little rah-rah is OK. We’re in a profession where the scoreboard goes back to zero every quarter. So when you think about it that way, you need to get motivated.” 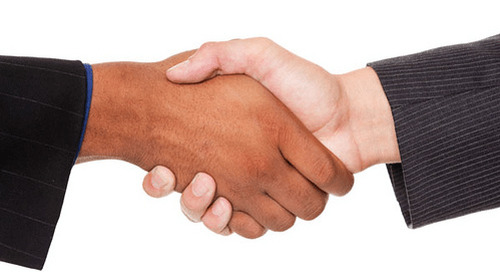 Beyond the buzz: Going in-depth on Account-Based Marketing

Adam New-Waterson gets asked the same thing all the time: What exactly is Account-Based Marketing? It’s an ... 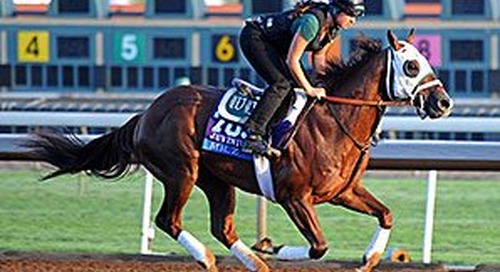 What sales and marketing professionals have in common with reporters

There’s an old-time expression among sports journalists to describe writing an article when the main subjec...