Home » Routing Rules! LeanData's Sales and Marketing Blog » Why Growth at All Costs Is Coming to an End
× Share this Article

Why Growth at All Costs Is Coming to an End

The outspoken Bill Gurley never has been one to sugarcoat what he thinks. And he was typically blunt at a Wall Street Journal WSJDLive conference in October when he warned that the valuations of privately held companies “are fake.”

Gurley, a general partner at Benchmark Capital, has been one of the leading voices sounding caution about the overheated state of the tech startup market and the need to return to solid business fundamentals. Last August, he tweeted: “We may be nearing the end of a cycle where growth is valued more than profitability.”

“When capital feels unlimited, you don’t worry about what you get for what you spend. That’s beginning to change.”

That would be a U-turn. Growth at all costs has been the mantra in recent years as an unprecedented amount of investment has flooded into private companies – creating a class of businesses valued at $1 billion and more. And that relatively easy access to cash helps explain why young, ambitious companies eagerly have shelled out far more money on sales and marketing efforts than they’ve generated in revenue. They’ve been incentivized to focus on building market share even as they continue showing steep operating losses.

“Growth always has been the prized metric,” said Brenon Daly, a research director at 451 Research. “It’s like wins in the NFL. All that matters is: ‘What’s your record?’ That’s what sports fans really care about. And as simplistic as that sounds, that’s also all Wall Street cares about – growth.”

The fuel for that expansion has been sales and marketing budgets. One of the poster companies of this strategy, Daly said, has been the cloud software business Box, which went public in January and has said publicly that it doesn’t expect to become profitable until 2018. But Daly is among those who believe the much-discussed “burn rate” of many companies is unsustainable. That’s especially the case if there’s a market downturn and private investment dollars dry up. “What you see now is a disproportionate amount of capital raised and going straight into sales and marketing,” he added. “It’s to get out there, tell the story, build awareness – all of those intangible parts to lead to a sale. But this is creating a dynamic where we have fiscally irresponsible allocation. When capital feels unlimited, you don’t worry about what you get for what you spend. But we’re in the twilight of that phase. That’s beginning to change.”

Companies have been willing to accept what they say are short-term losses with the stated goal of banking profits down the road. They’re essentially playing the long game. The cost of acquiring customers now hopefully will pay off handsomely later as annual recurring revenue.

It all comes down, said Scott Brinker, to the total addressable market.

“Companies are thinking that they’re going to get customers before competitors get them first,” added Brinker, the chief technical officer at ion interactive and the influential blogger at chiefmartec.com. “That creates loyalty and stickiness. If I overpay for a Year One customer, what’s the ratio for a multi-year customer? Certainly not everyone is going to be able to win at this game. But it does feel like the opportunities are genuine for some of these companies. I don’t think the strategy is crazy. It makes sense on paper.”

The concern is that those high valuations also exist only on paper. And should market conditions in fact turn sour, business executives are going to face a much different world. The strategy of free-spending for customer acquisition will come under scrutiny.

Joanne Chen, a Foundation Capital partner who specializes in MarTech startups, believes a greater emphasis is going to be placed on accountability. Marketers, more than ever, will be expected to show return on investment in the future. “Marketing is shifting from a cost center to a revenue generator,” Chen said. “The most fundamental way to prove the impact of marketing is to show that it actually drives revenue. I don’t think that trend is going to diminish. In fact in the case of a downturn, I think it’s going to be amplified. With limited resources and constraints, companies will be focusing everything on driving its livelihood – which is revenue.”

Gurley, who was an early investor in the ride-share company Uber, recently said that this flush-with-cash period actually has hurt talented entrepreneurs. When money is hard to raise, he said, innovators can still find funding for their great ideas. “In this market, they can raise a ton of money, but so can a lot of [less capable] competitors that wouldn’t be in business otherwise,” Gurley told MIT Technology Review.

Daly said the marketing plans of many businesses are based on the idea of consistent, uninterrupted growth. But markets aren’t always “up and to the right,” he added. Everything is cyclical.

“And that’s going to impact everything.” 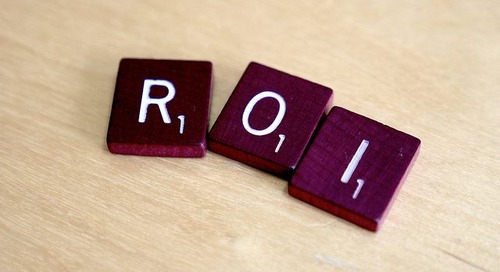 The Quest to Prove Marketing’s Impact

A picture is supposed to be worth a thousand words. Scott Brinker did something more ambitious. He created ... 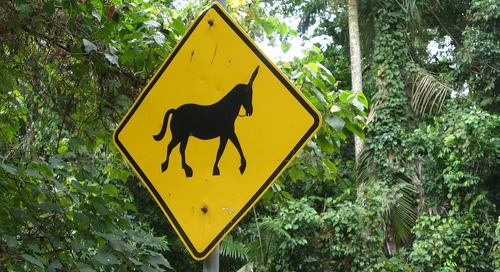 The unicorns of mythology were creatures believed to possess magical powers. They were rare and seldom seen...