How LeanData Is Breaking the Tech Startup Mold Let’s begin with the ping-pong table. Yes, we have one. And it’s true that we’ve also been known to celebrate the end of a long week with an impromptu happy hour.

But for the most part, LeanData doesn’t fit the stereotype of your typical Silicon Valley startup. You know, the kind of place that draws eye-rolls from the rest of Corporate America because it tries so hard to be a cool-kid company. We’ve all heard the stories about fledgling startups that have tricycle races in the hallways. Catered lunches. Trips to exotic locales. Or . . . well, you get the idea.

Our modest offices are toy-free. We’re located in relatively sleepy Sunnyvale instead of more trendy (and more expensive) tech centers like San Francisco or Palo Alto. Instead of free lunches, each department takes turns bringing in snacks for the month.

We don’t have Aeron chairs, but we do have a tradition where new employees build their own chairs. We do cool team-building outings . . . but only as a reward for reaching a goal.

In short, we have a scrappy culture where people like coming to work and building a sustainable business with a fiscally prudent mindset. (If you’re interested in the business problem we’re solving and how we do it, you can check out this eBook.)

“We’re like the Oakland A’s from ‘Moneyball,’ ” said Brian Birkett, the vice president of sales. “We try to think smarter about how we spend our money.”

So why are we sharing all of this? Well, we had some exciting news this week. We received $10 million in Series B funding. We’re excited. We’re humbled. We think it’s validation of everything we’ve built in the four-plus years since Evan Liang and Kelvin Cheung founded the company.

And here’s the best part. We weren’t looking for more money. LeanData has built a self-sustaining business. We already are on a trajectory for success. We just think this is going to help us get there a little faster.

It was gratifying when Sapphire Ventures approached us about becoming part of their portfolio. Sapphire not only believes in our products, but also shares our vision of how to build a customer-centric business that lasts — and not one that lights up the sky like a meteor only to quickly fade. We also were thrilled that existing investors Shasta Ventures and Correlation Ventures, who helped propel us on this journey, wanted to join the funding round.

“We’ve accomplished a lot, but it’s not finished yet,” Liang said. “We have more adventures in front of us. We have higher expectations, and we plan to meet them. We have a great opportunity to go for it right now and really build a category.”

And that doesn’t mean spending money on upgraded ping-pong paddles. That’s because the LeanData team understands what truly matters. Perks can be nice. But they don’t mean much if the company is sinking. Call us crazy, but we believe it’s far more important to have an open, transparent culture where everyone knows how every dollar is being spent — and why it’s being spent. Simply put, we invest in customer success.

While we are pausing to reflect on how far we’ve come, we realize that LeanData has just reached another rung in a very tall ladder. We’re going to keep climbing. Onward and upward.

Oh, and if you are looking for a place that values building a sustainable company the right way, we’re hiring. 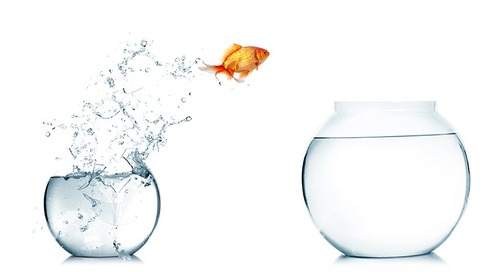 How Sales Operations Pros Can Get the Technology Tools They Want

Buying stuff ought to be fun, right? Especially when you’re not spending your own money. But “fun” isn’t a ...

LeanData Announces Series B Funding Round Led by Sapphire Ventures