Why Three Top Marketers Saw The Light About Account-Based Marketing Confession is supposed to be good for the soul.

With that in mind, three notable B2B figures came together recently to unburden themselves on a webinar they titled: “Confessions of Former Lead Marketers about the Move to Account-Based Marketing.” They took turns repenting the error of their previous marketing ways and explaining how they now are committed to overhauling the lead-driven paradigm that still exists.

“There’s a reason why it’s called Business to Business and not Business to Leads,” said Miller, the CEO and founder of Engagio. “ABM has become the next big thing for a simple reason: It works.”

Miller, Vajre and New-Waterson are among the trailblazers leading the move away from the traditional lead-centric world and toward Account-Based Marketing. Instead of the typical, mass-marketing approach designed to accumulate a large volume of leads, ABM aligns sales and marketing teams to focus on a smaller number of prized accounts – penetrating those businesses with personalized messaging. It’s a quality-over-quantity strategy that creates a better view of a buyer’s journey.

This roundtable discussion was a chance for the three to talk about their personal journeys that led them to embrace ABM as a more realistic fit in the fast-changing B2B landscape. Two key differences they highlighted: More decision-makers than ever are influencing the buying process in major deals and a growing number of technology products now are available to help marketers reach them.

“MQLs are a vanity metric that really don’t indicate which lead ultimately will close and which accounts will do the best,” New-Waterson said. “But I’m still seeing people in marketing clinging to the old way of measuring things.”

Vajre added that sales departments always have focused on accounts, and that it’s long overdue that marketing teams also should be thinking about the buying process in a similar fashion if they want to stay relevant.

“Ask a salesperson how many leads they close and they’ll say zero,” Vajre said. “So when B2B marketers get excited about 300 leads at a webinar, salespeople think they’re crazy. If B2B marketers want to have a seat at that table, they have to be talking the same language. And marketers finally have the technology, tools and wherewithal to do it.”

Those tools are wide-ranging – something that’s exhibited by their three companies. LeanData matches leads to accounts in the Salesforce.com platform, which enables businesses to act on their ABM strategy. Terminus is an advertising automation firm that focuses messaging on specific people inside a target account. Miller’s Engagio, launched earlier this year, is about to roll out an ABM platform.

Engagio, Miller said, is not like current marketing automation products because it will focus on enterprise accounts. He describes it as the difference between fishing with nets (lead-based) and spears (account-based). There’s nothing wrong with the nets, he added, except that you have to wait for a fish to swim into one.

“Marketers have a really hard time letting go of those nets,” Miller said. “We spent our whole careers doing this. If you don’t change the mindset, though, you just end up trying to catch whales with nets, and that doesn’t work very well.”

When focusing on a more select number of high-value accounts, there needs to be different ways of tracking success beyond leads because they don’t measure anything meaningful, Miller added.

“I love revenue,” he said. “Of course it matters. It’s the No. 1 thing. But as marketers, if you’re only closing a couple of million-dollar deals a year, you need other metrics to show your influence.”

Another benefit of ABM is the insight it provides into target accounts because there are so many more people who need to be brought to the table in a big purchase, New-Waterson said. ABM helps with understanding all of the key players in deals-by-committee that often can be long and complicated.

“If you’re not careful, the greatest potential is doing nothing at all,” he said. “The easiest decision is to do nothing. That’s why you need to think about those people in an organization that need to come together among themselves so they can agree to pick a solution.”

New-Waterson added: “I tell my team that they need to know their buyers like they could take selfies with them. You need real relationships.”

But the biggest challenge in the market right now, Vajre said, is education. He compares the awareness of ABM to where marketing automation stood in 2006 or 2007. Business professionals are intrigued. They can see its value. But they still are a little unsure about stepping away from the traditional form of marketing.

“The problem is convincing people that it’s OK not to worry about leads because you already know who you’re going after,” Vajre said. “This is a new direction that’s not just a marketing initiative. It’s a company initiative.”

To hear more from Jon Miller, Sangram Vajre and Adam New-Waterson, you can watch here. This is not your typical webinar. There are no slides or pitches. Just three experienced marketers having a discussion about how Account-Based Marketing is a better way to sell. 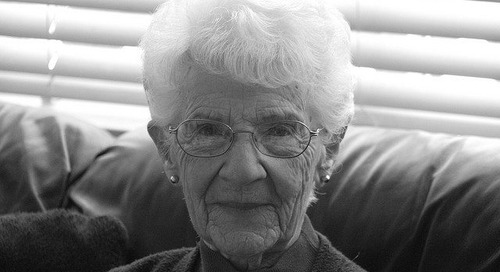 How Grandma Might Help You Land a Tech Sales Job

Job interviews can be all about thinking quick on your feet. You have to be ready for any kind of question.... 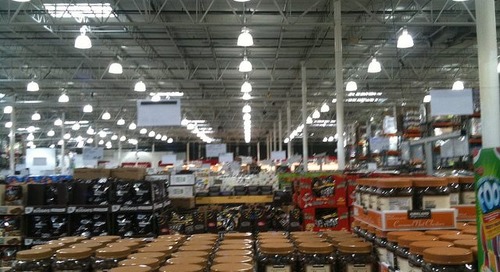 The Value of Time: A View from the Sales Development Front Lines

None of us ever seem to have enough time, and I’m certainly no different. As an Account Development Represe...